You know you have an awesome boss when they buy you a Ruthless Photos gift voucher for Christmas. Kristy has such a boss (who also happens to be a previous client of mine) and I got to photograph her gorgeous Pugs, Ref and Serina, a few weeks ago. It was the first weekend in Winter, so it was crisp but the light was beautiful.

When I leaned down to say my hellos Ref went the kind of crazy that I thought was reserved for Staffies – who knew Pugs could spin so fast?! (All the Pug owners are probably mouthing the word “me” at their screen right now!) So we started with Serina, while Ref composed himself.

Kristy said in her questionnaire that “she gets the snaggle tooth and sometimes her tongue just pokes out”, to my utter glee she actually did one or the other for every single photo! 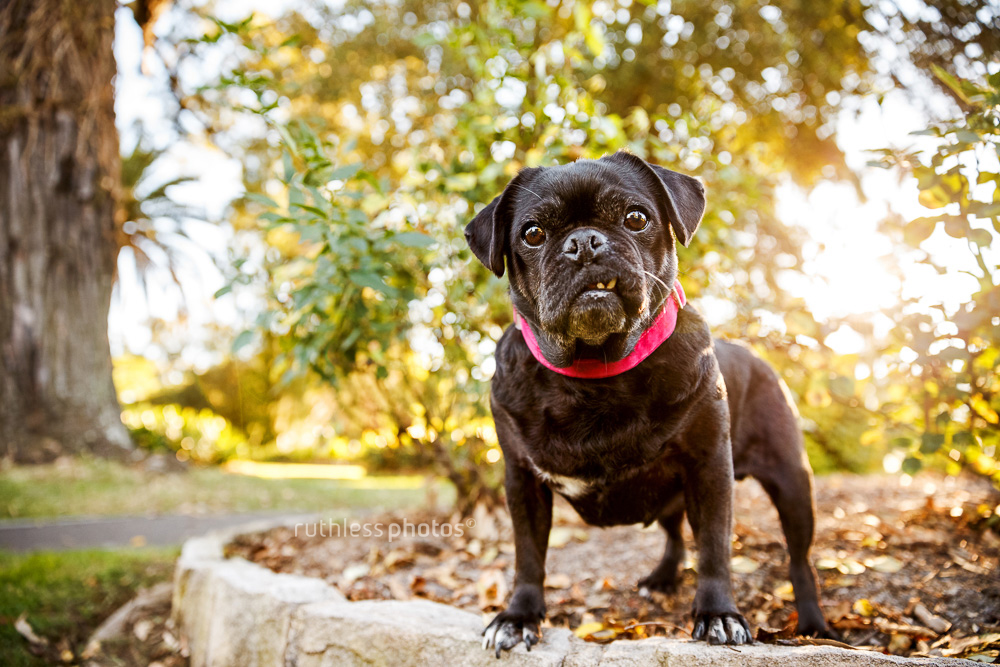 Serina is almost 6 years old. Kristy said “I adopted her in September 2016 and she was a very scared girl. She still gets very unsure in noisy and overwhelming situations”. But, like a good little Pug, she was all about the food and as long as I wasn’t trying to put her on any evil benches we got along just fine. 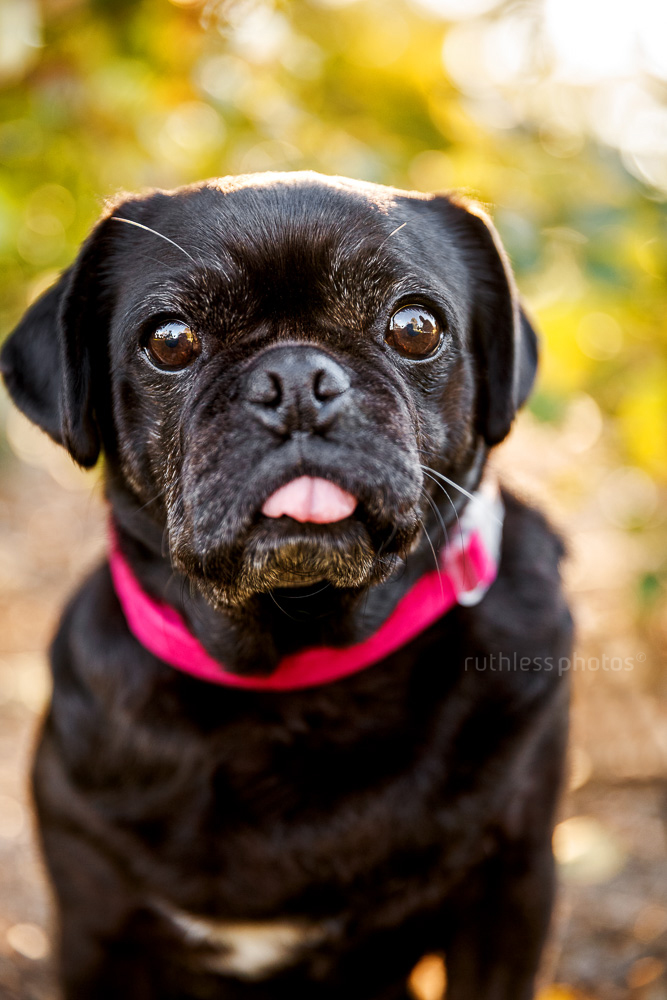 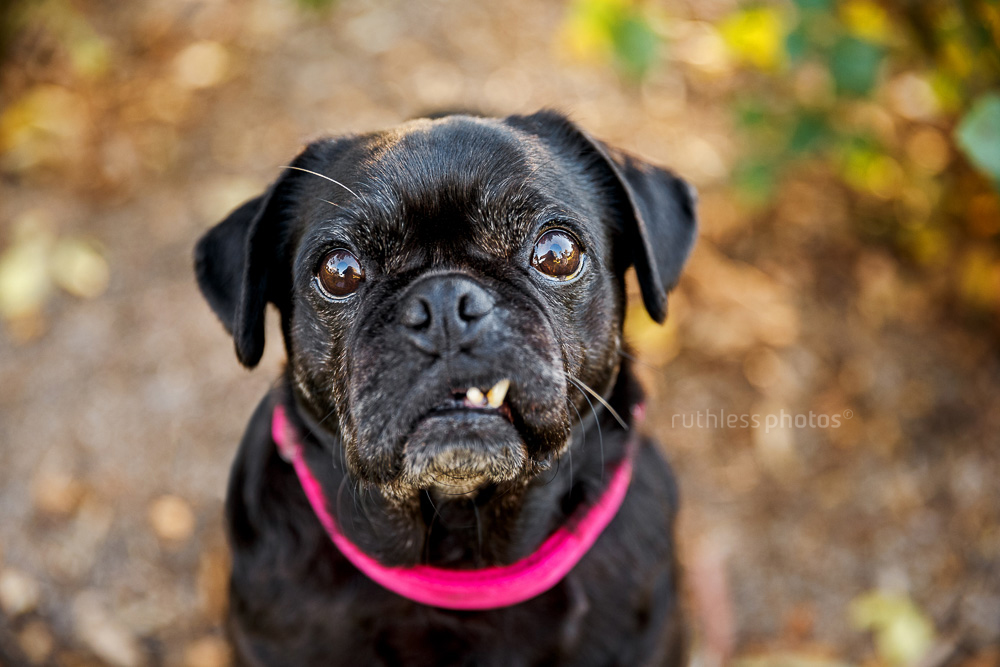 Ref is almost 7 years old and has lived with Kristy’s family since he was a puppy. He’s no stranger to the camera and has perfected the wide-eyed puppy dog look. 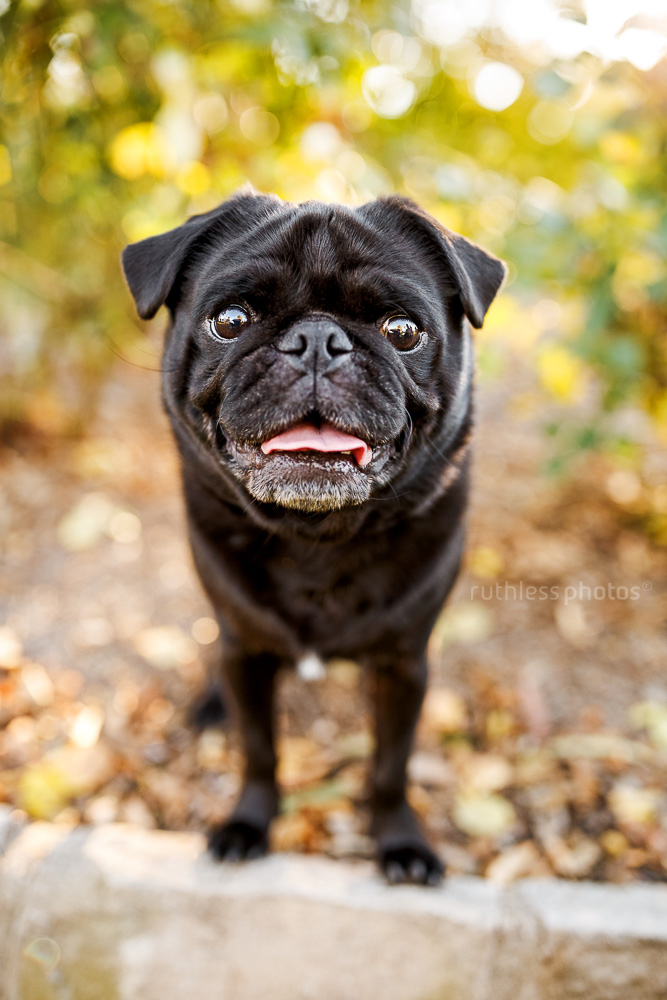 He can also touch his forehead with his tongue. Impressive. 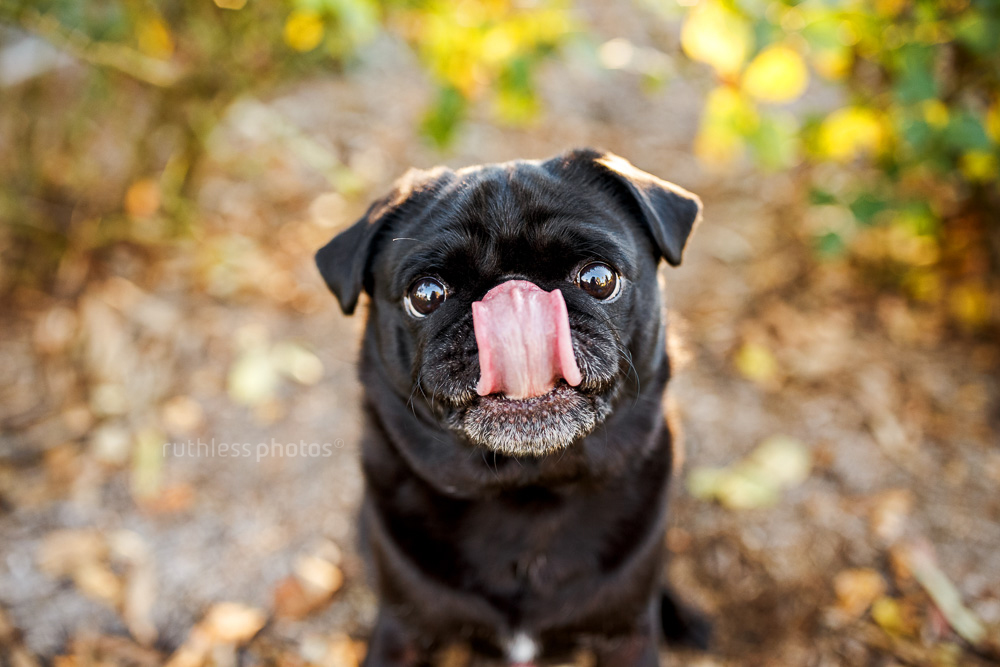 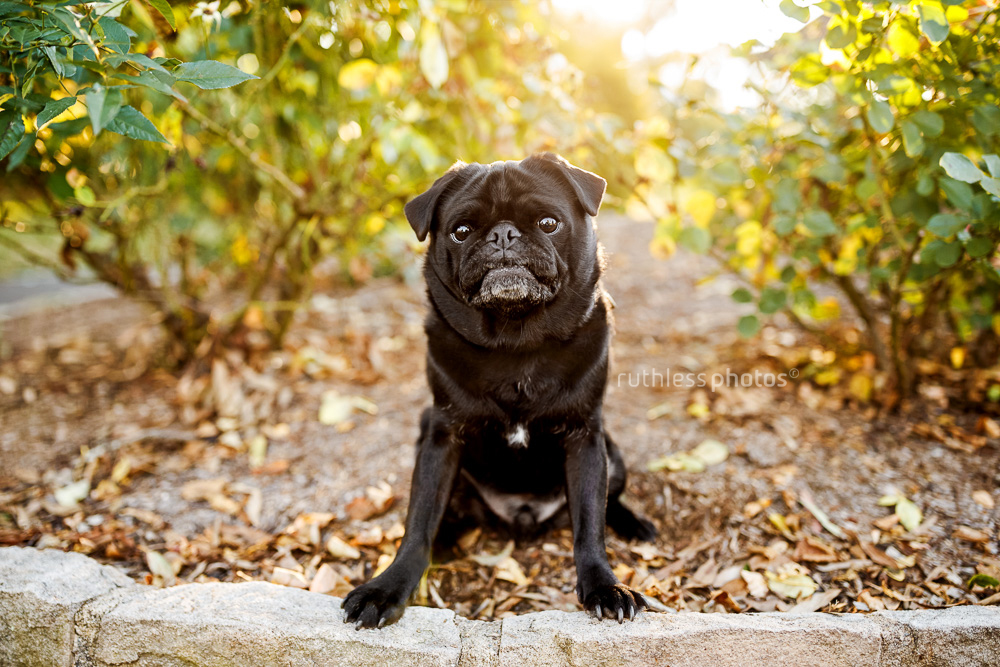 There wasn’t much faith in my ability to get a photograph of both dogs together (mostly from me) but thanks to a container of precious cheese, we got this. 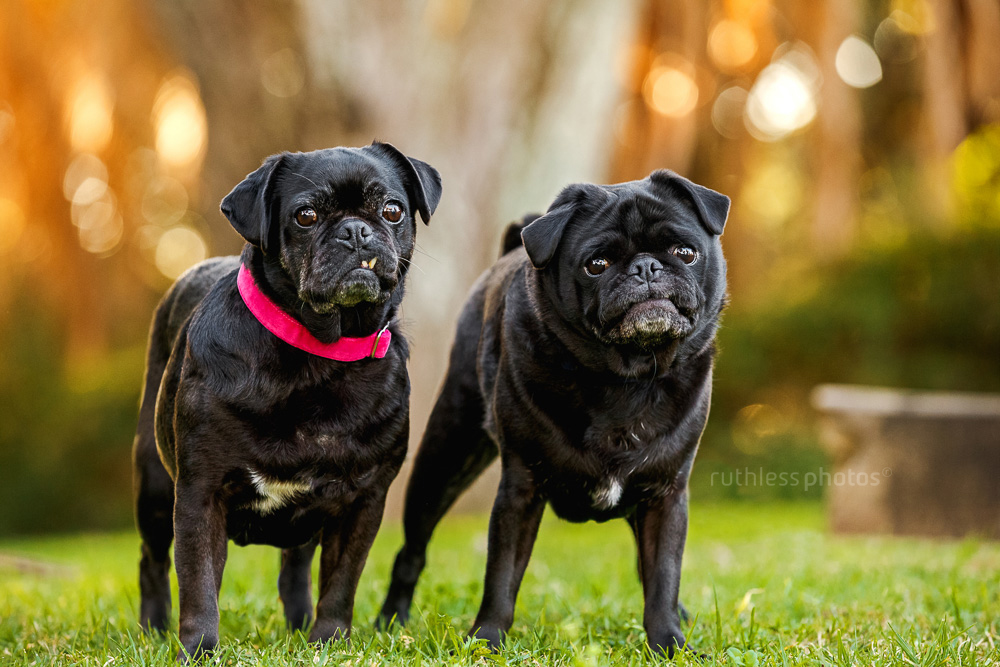 I don’t even know who we thank for this one. Some weird Pug god of derp! 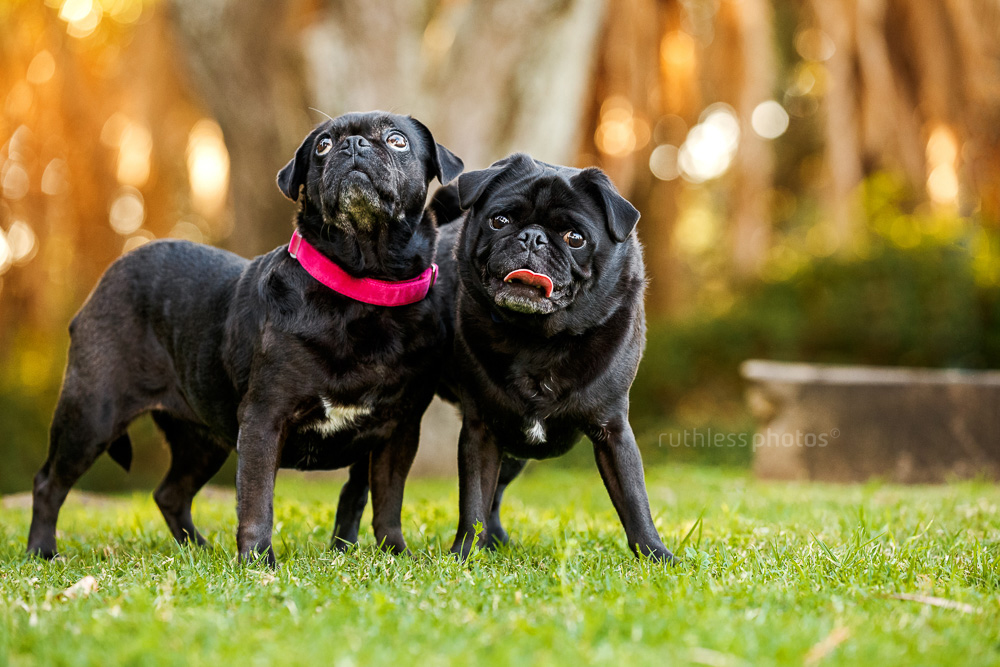 While Ref does some solid posing … 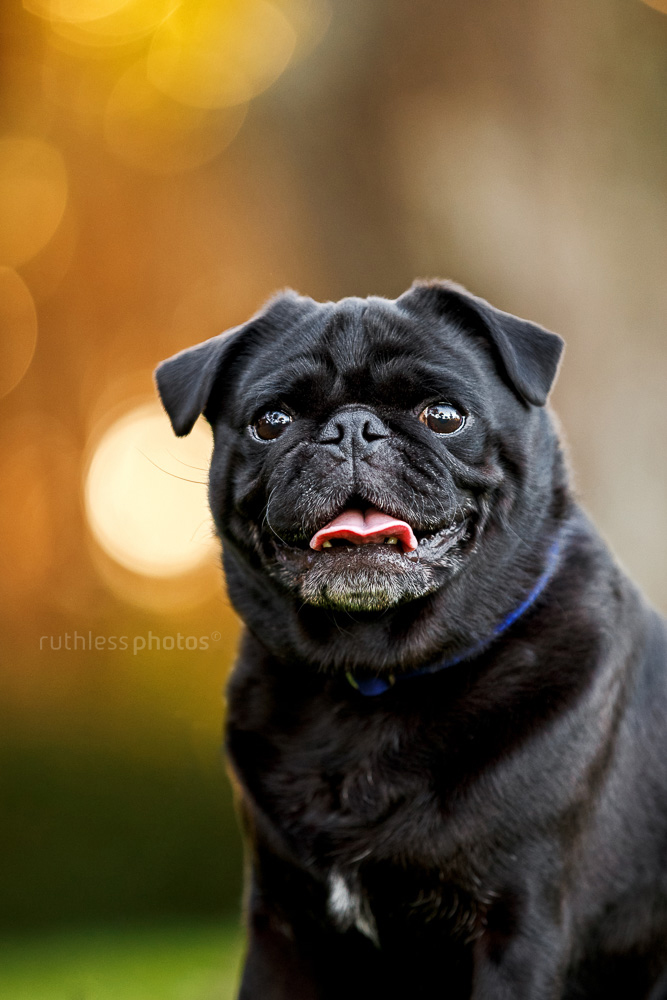 … he also does disgruntled loaf of bread impersonations. 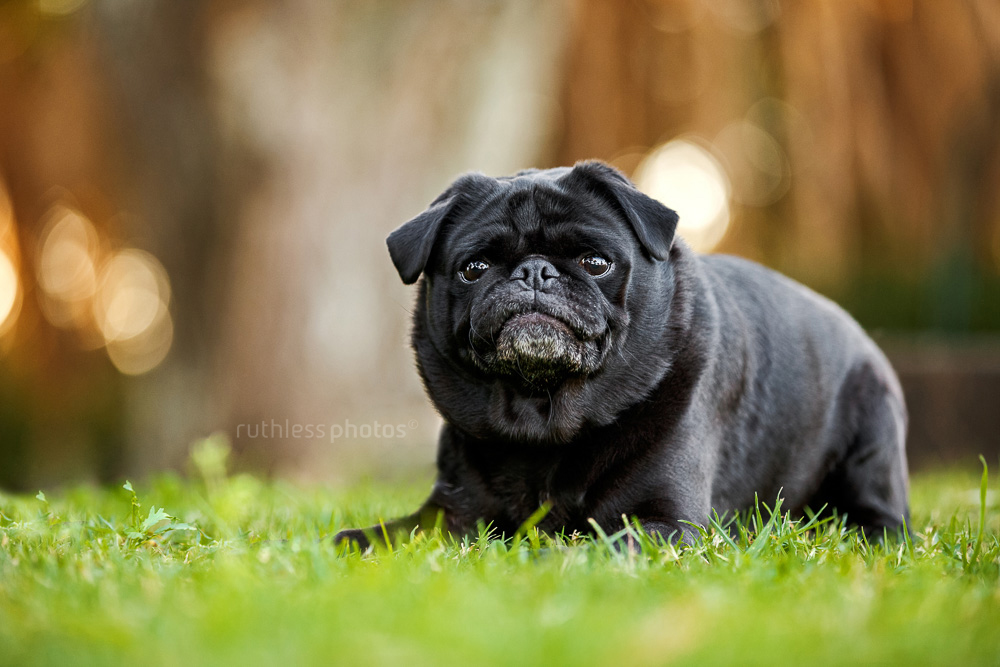 Yeah, I don’t even know what was going on here. I guess her lead looked like fun or something. 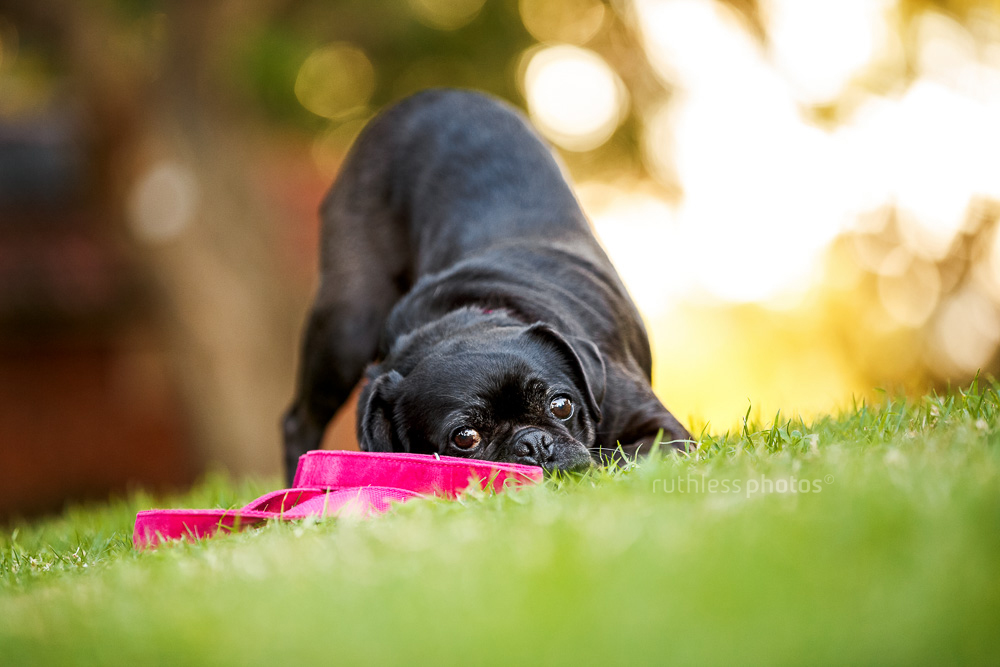 The face you make when you realise everyone’s laughing at you. (Or because it’s a day that ends in y.) 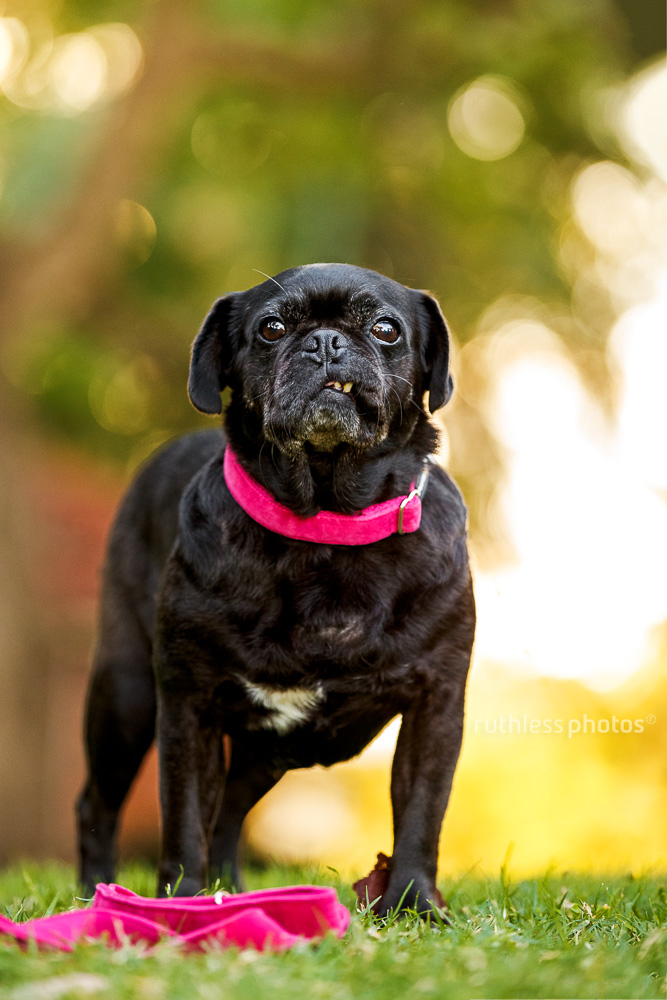 We went in search of Autumn leaves and weren’t disappointed. Ref was thrilled.

For a dog who was described as having no training, I think Serina did pretty awesome. She’s quite the little poser. 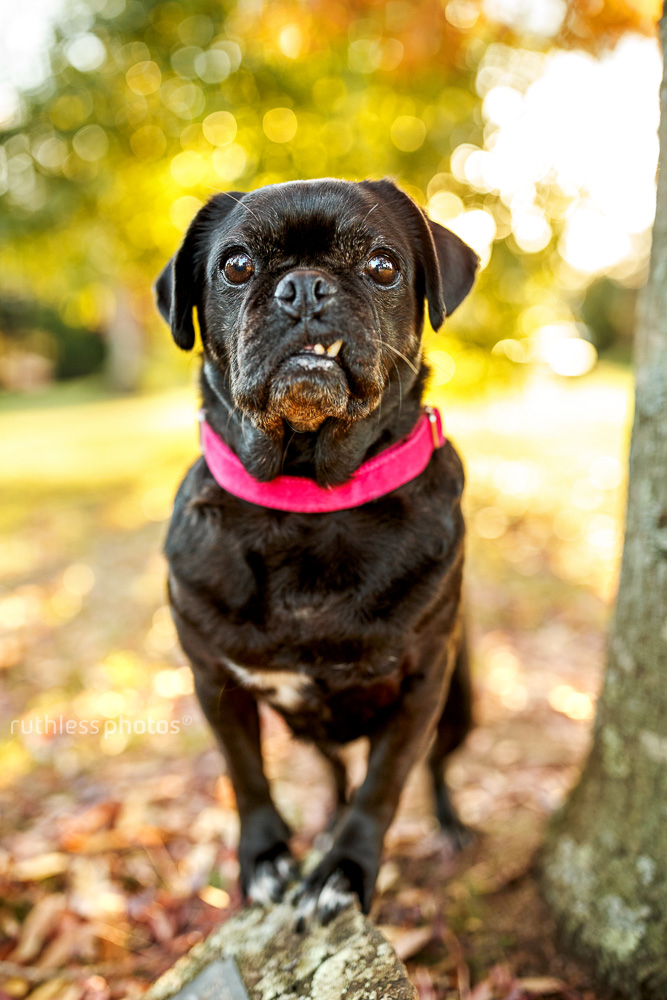 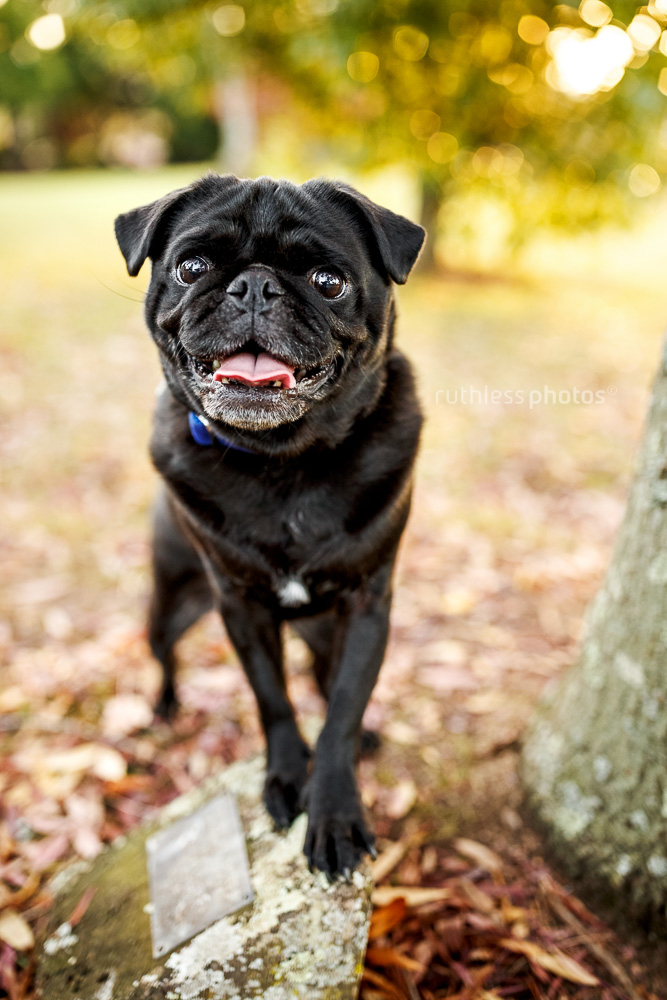 It was cold so I brought some hats just in case. (Or maybe just in case I wasn’t the only one who thought Pugs in hats would be funny!) 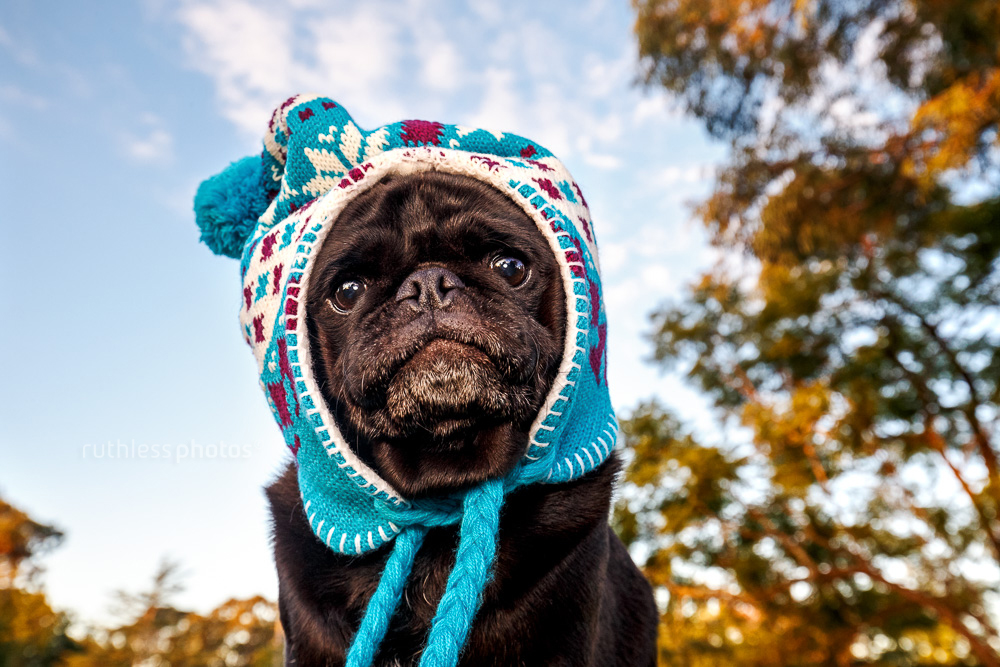 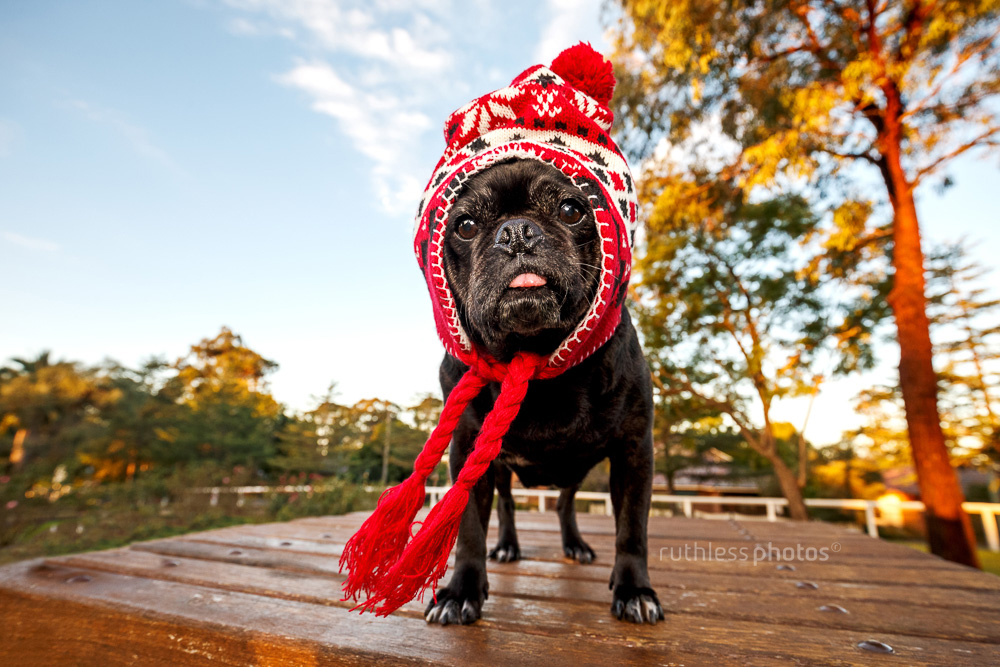 I was surprised that Kristy didn’t use her voucher to book a spot in my #SquishyFaceCrew book. I asked her why and she said she wasn’t sure that the dogs would be confident in unfamiliar surroundings or would hold a stay. They were completely fine to work with, so if you’re reading this and had the same concerns but your dog loves food you should go ahead and book a session! Ref and Serina will make an appearance in the book anyway – how could they not?!

If you’re a Pug lover you should check out Kristy’s website The Pug Diary. It’s a wealth of information about all things Pug.