We’ve owned Staffy types for over a decade so we’ve learned a thing or two about itchy skin and flare ups. At the start I used to run to the vet every time but soon realised I’d go very broke if I didn’t learn to get on top of these skin issues myself.

This is a photo of Bruno after he’d crawled on the grass at a new dog training club. It looks pretty nasty, hey? 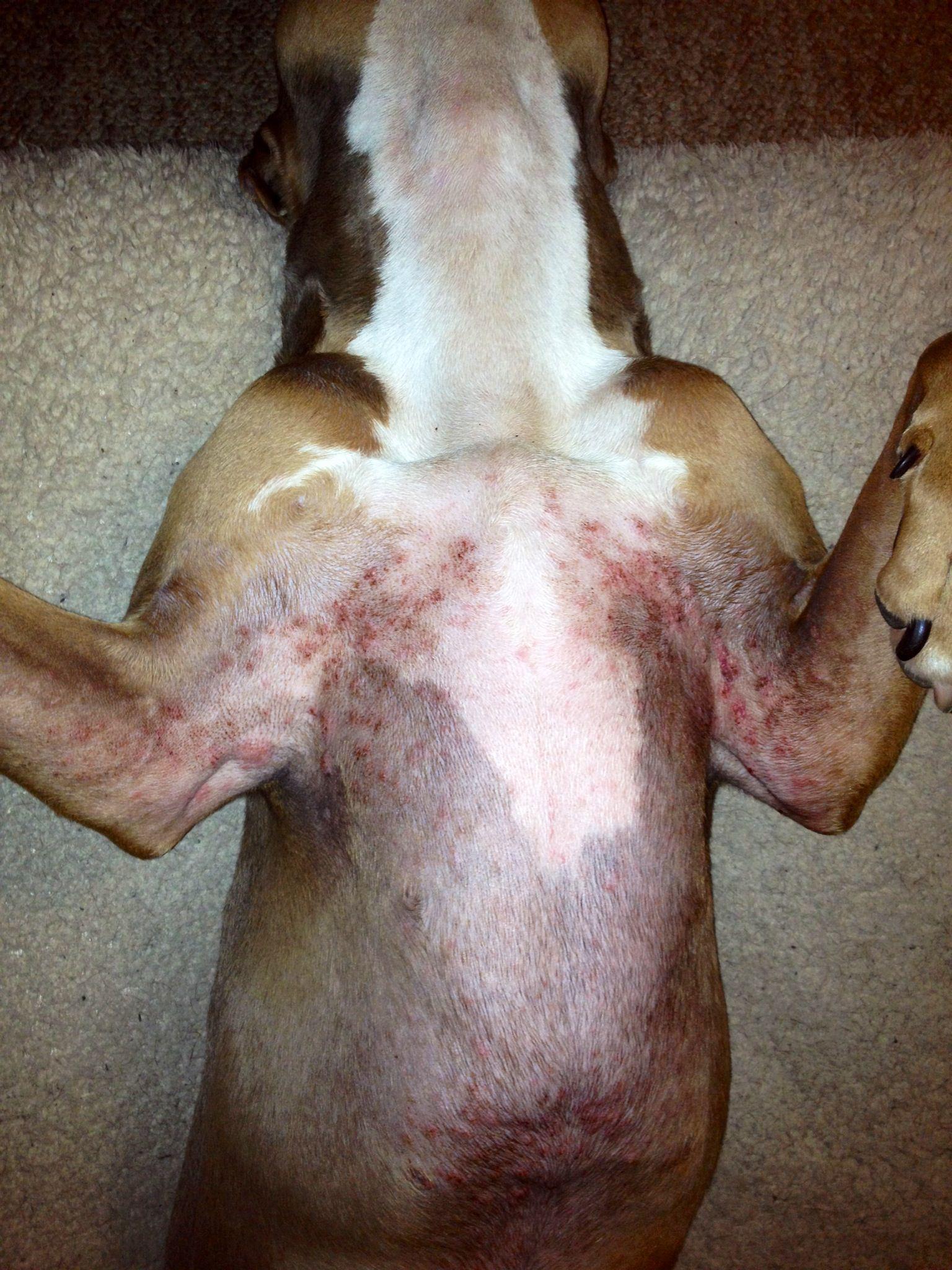 In Bruno’s case it was a contact allergy so the solution was quite simple:

If Bruno was to frequent the same park regularly and always have this reaction I would have either put a t-shirt on him, dosed him with anti-histamine before going and/or applied a barrier cream of some sort (I often see zinc recommended). 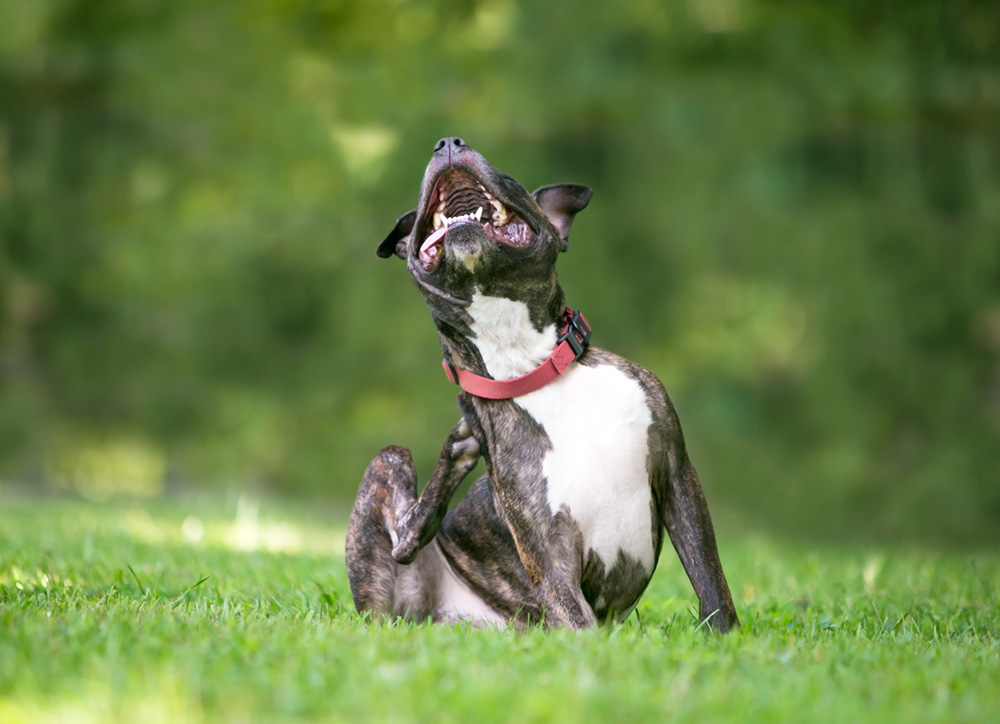 Chopper and Angel used to just get itchy for no apparent reason so as a preventative we moved them (and all our dogs) onto an unprocessed diet and supplemented with kelp and fish oil. We rotate the proteins and add a whole raw egg every few days (shell and everything). Our dogs also get bone broth and golden paste daily (these are both very easy to make yourself – get in touch if you’d like the recipe for either).

Like with humans, good skin comes from the inside out. If you’re feeding processed foods and your dog is itchy that would be the first place I’d make changes. A very common allergy is chicken, so if you’re still having issues I’d cut that out and see if that helps. Thankfully my dogs have always been completely fine on chicken!

If environmental causes have been ruled out and you’re running out of options you could try an elimination diet. Prime100 make single protein rolls and have information on elimination diets here. 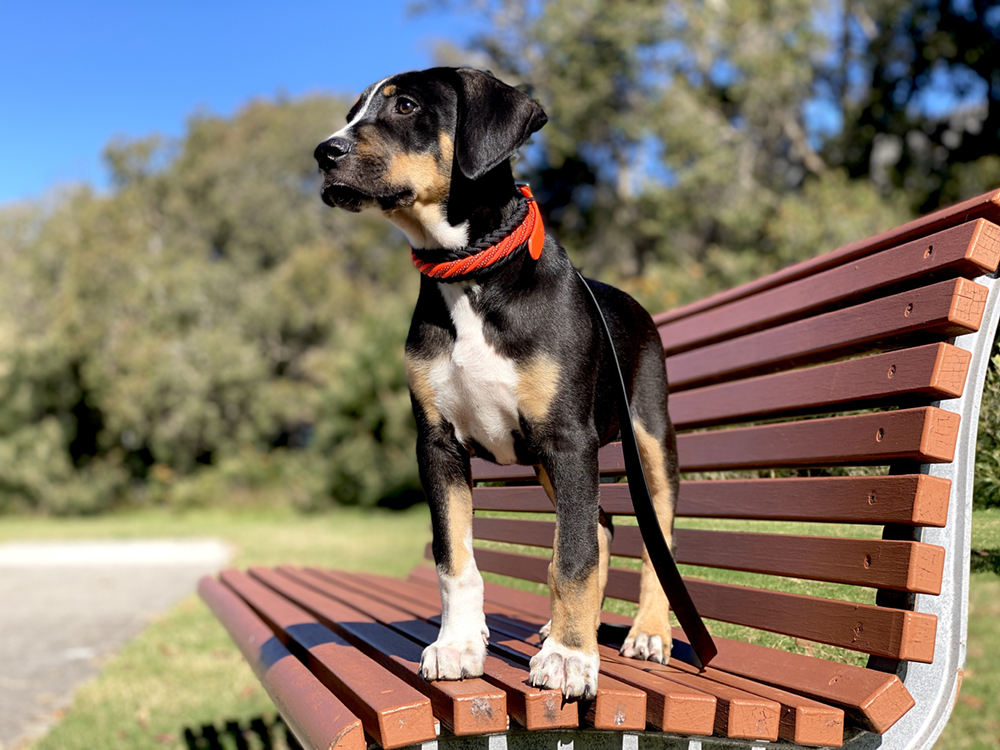 When foster puppy Malo arrived he had very flakey skin and was scratching almost non stop. Firstly we ruled out fleas and then he had a skin scrape at the vet for mites, which showed none. After that our course of action was putting him on Antinol Rapid* and a quality diet of Ziwi Peak, Big Dog Raw and Prime100.

*Yes, I am Antinol’s photographer but I’m not an affiliate and don’t benefit from promoting them, I genuinely swear by this product!

In just three weeks he now has the most beautiful silky soft coat that’s as shiny as hair that’s had serum applied to it! He also no longer scratches himself constantly, so that’s a big win.

Butters (below) is not the product of good breeding but he’s also been raw fed and on Antinol since 7wks – look at that shine. He’s never had a single skin flare up in his two and half years. 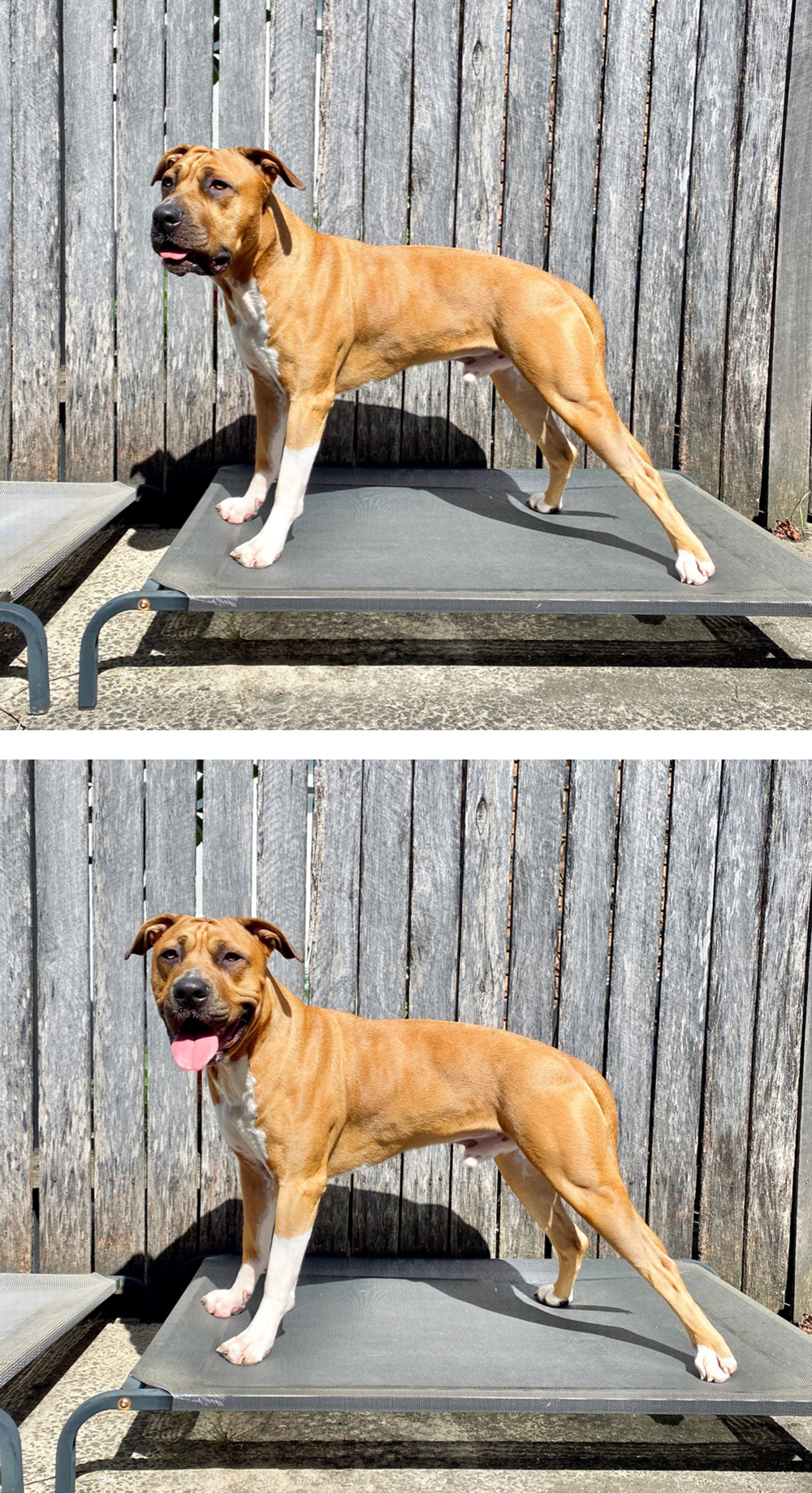 I used to loiter on a dog forum in the days before Facebook and I remember people on there swore by cold Calendula tea “baths”. There’s some info on Calendula here.

There’s a lot more info on itchy skin in this blog post by The Balanced Canine.

Disclaimer: These are just some things that have worked for us and our dogs, your issues might be different. While we don’t immediately run to the vet with skin issues I’m not recommending that you do that same, particularly if your dog’s skin is broken and/or infected. These are just the steps we take to try and prevent the issue from escalating.