The naughty brindle dog … the stripy one … Baby Chopper … the whingey one … old man ChopChop … the licky one … Chopski … it was rare that he was ever called his actual name. Maybe because I didn’t know who Chopper was when I decided that I didn’t want to own a dog called Bouncer. I later found out and felt like a bit of a dick for giving a Staffy mix a gangster name (let’s not talk about the spiked collar he wore in the early days too, I didn’t know any better!).

Chopper came into our lives as our first foster dog when he was just 9 months old. I remember thinking, when the rescue took him out of the kennels to meet us, that he was not a dog I would have chosen – skinny, manic, pulling on the lead so hard he was making himself choke – “It’s ok” I said to myself. “He’s only temporary”.

Before I start posting photos I need to point out that most of them are very old, some are phone pics and a lot are snapshots – don’t judge me! 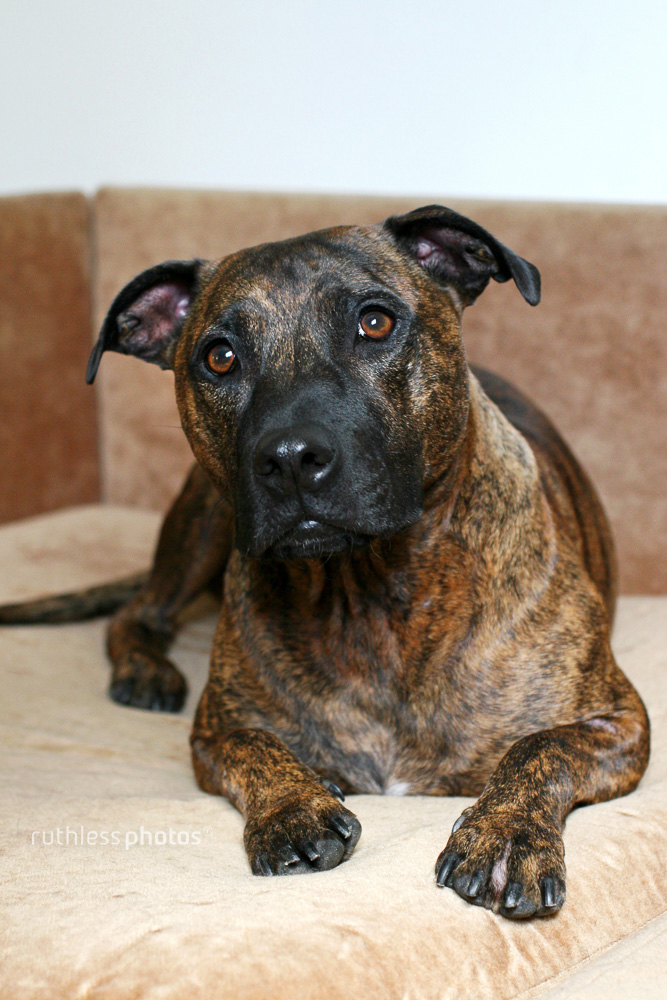 The very rude and extremely high energy brindle brat didn’t take long to win us over. He become the first of four foster fails. He was fun. He did proper dog things that Ivan and Angel didn’t. He fetched and he swam. He also did naughty dog things that Ivan and Angel didn’t do – like destroy everything in his path when we were at work, like jump the fence to play in the traffic on ANZAC Parade when we were in America and had a petsitter looking after them, like fence fight with every dog that was walked alongside our corner block rental. 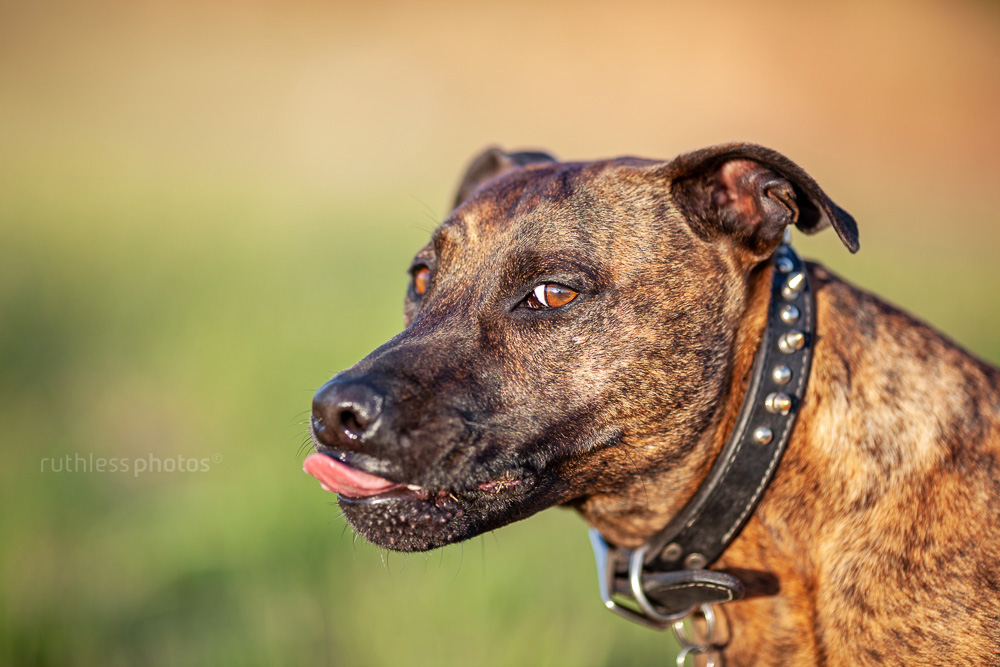 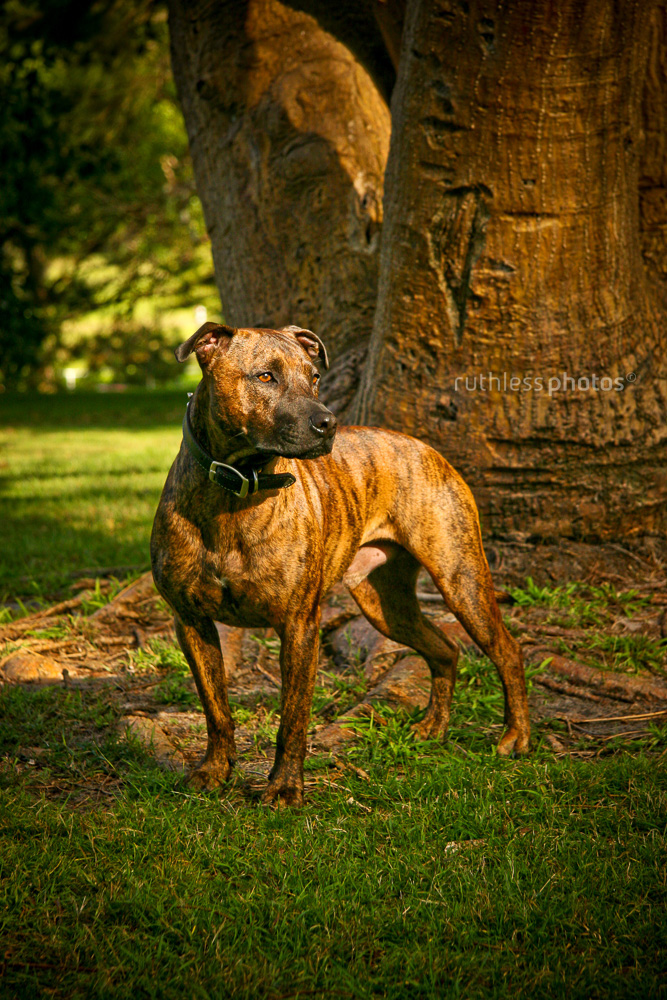 Although him and Angel bonded quickly they also used to beat the crap out of each other (not proper fights, but more than rough play). We were worried about his behaviour so I set about doing everything I could to fix him. Mountains of exercise, every enrichment toy under the sun and obedience classes twice a week. We did lure coursing, sledding, dock diving and he was even allowed to join a schutzhund club but we didn’t go very often because it was far away. I wish I’d done search and rescue with him, I think he would’ve been excellent at it. If ever I couldn’t find a Kong in the dark garden at night he would always find it for me. He’d be so proud of himself for a job well done. I’ll miss that. 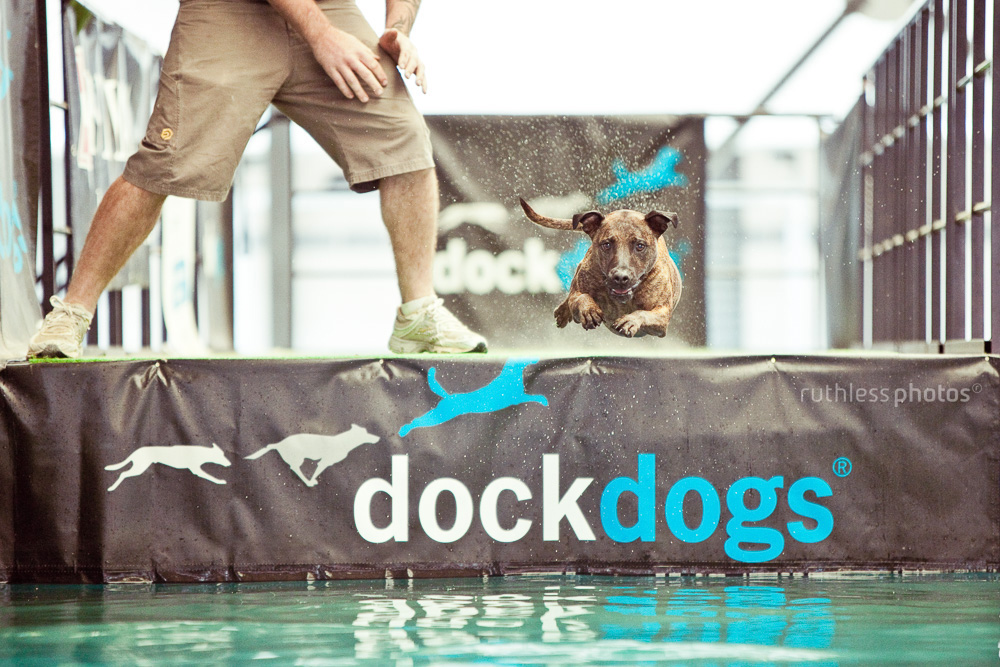 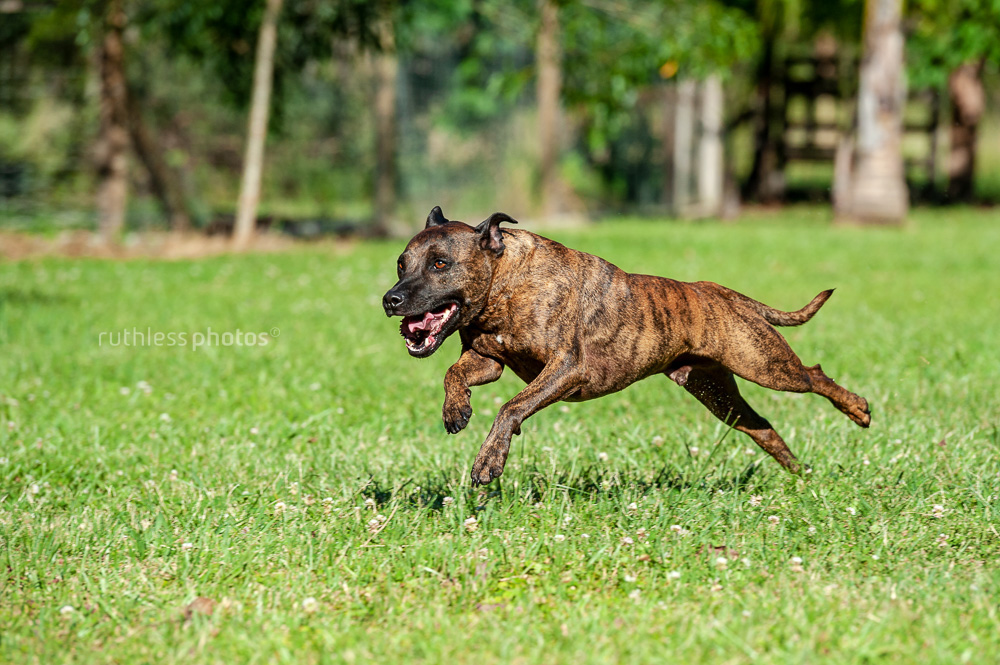 He was never perfect but he ended up being the only dog we’ve ever owned to do most of the things he was told to do! This came in very handy when I developed an interest in pet photography. He became my muse and I am very grateful that he helped me get to where I am today. He was a great little photographer’s dog. 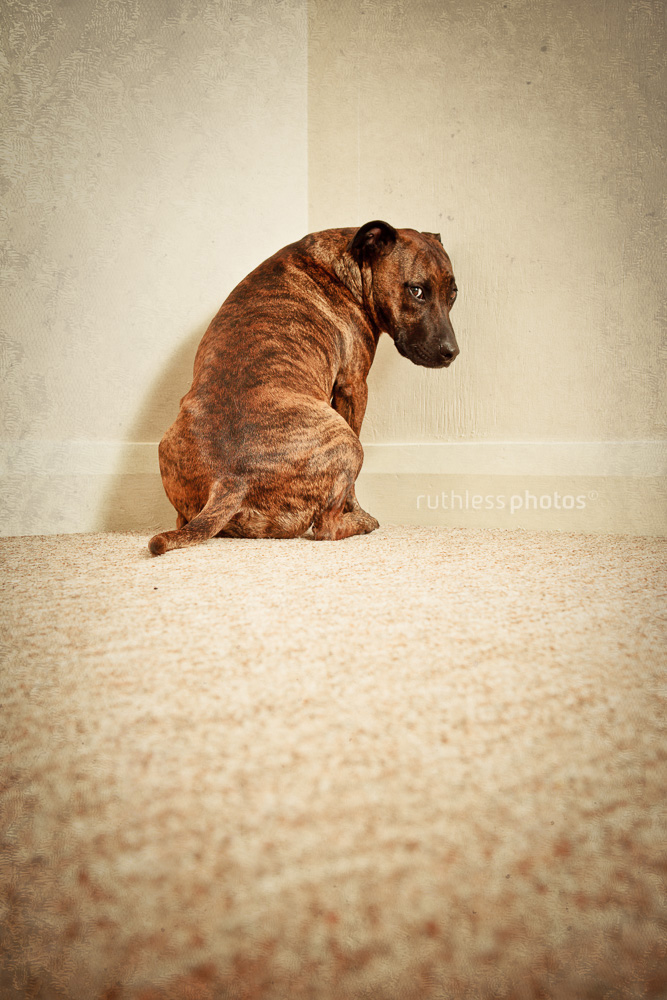 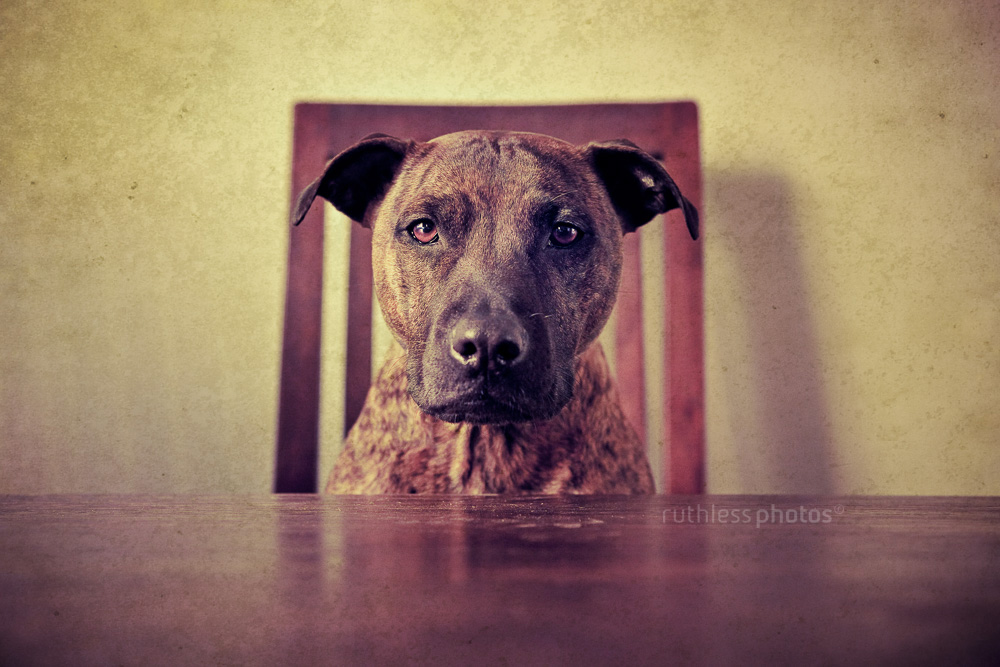 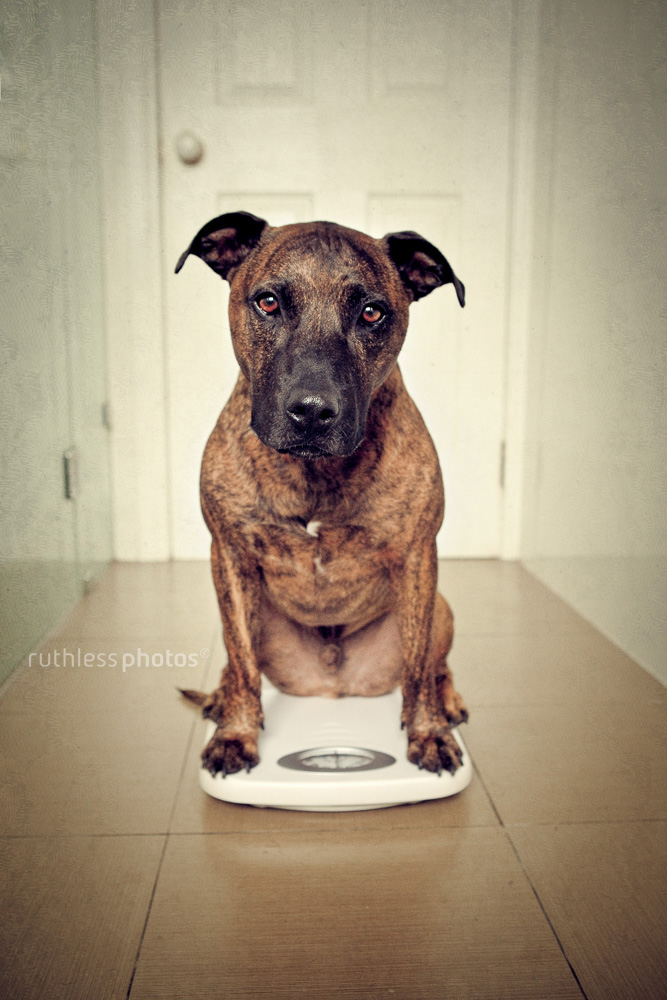 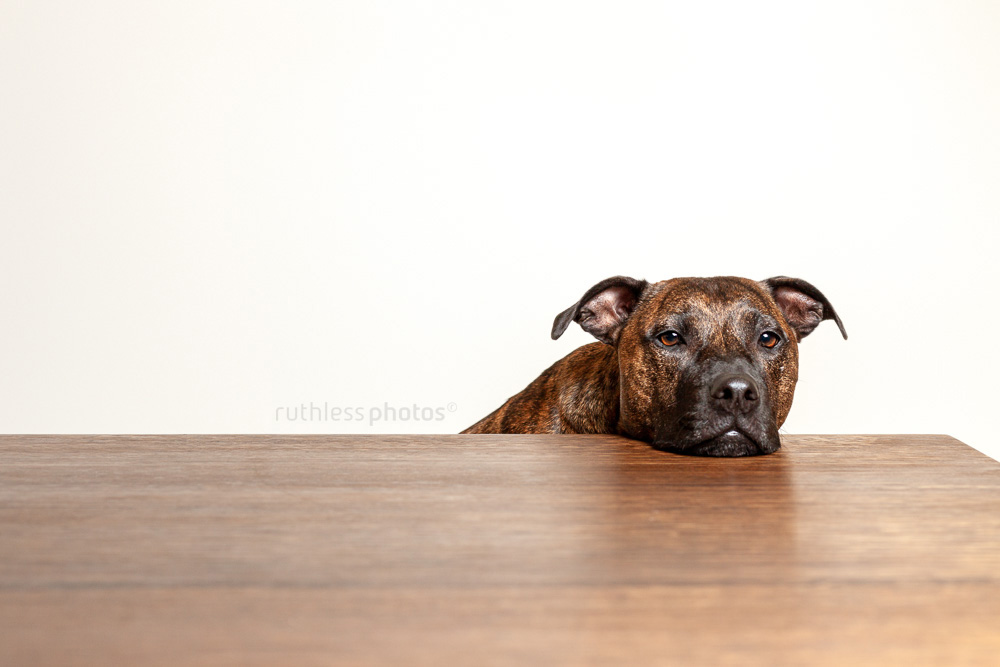 Chopper was always a firecracker and he loved to play. When Trixie arrived they butted heads a number of times so our house became a no toys zone. When guests came to the house he loved to run and get an offering so they’d play with him. Since there were no toys he’d find a door wedge to gift them. If you were really unlucky he’d punch you in the genitals during the wedge presentation. Despite this, he was still a lot of people’s favourite. 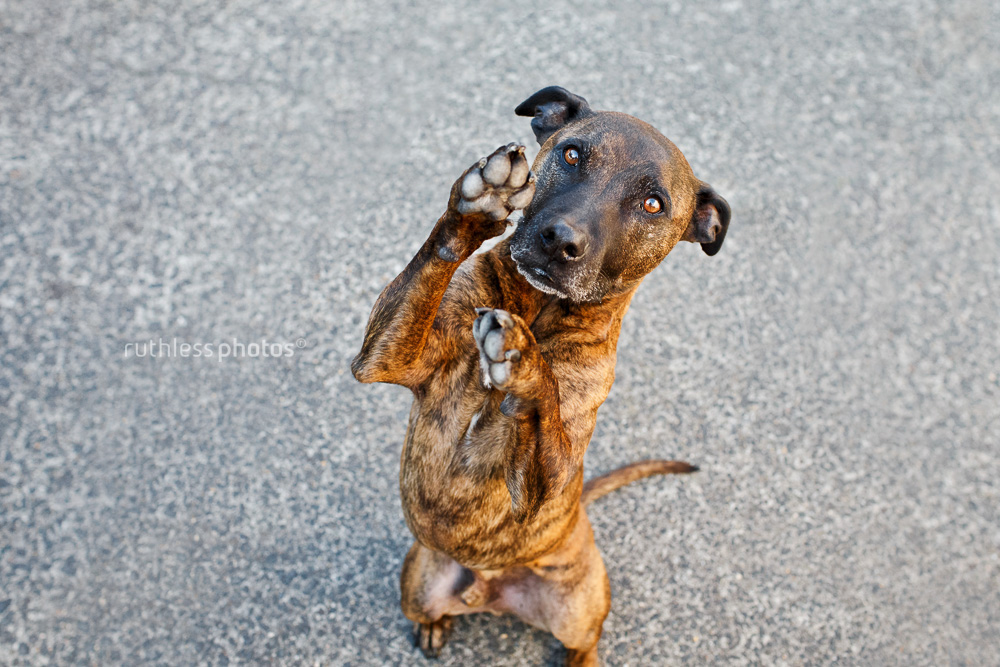 When Ivan passed away in 2010 Chopper was the only dog that seemed affected by it. He was a sensitive soul who was always the first to come and sit with me if I was crying. He’s passed that baton to Butters … along with all his annoying behaviours like licking, whining, extreme FOMO and being on his feet in the doorway before I’ve even fully stood up out of the chair. I remember saying to someone that I’d probably miss all those annoying things when he’s gone but now I won’t get the chance to!

Bruno gets all the limelight for being the good foster uncle but Chopper played an important role too. He was extremely dominant and took great pleasure in putting the puppies in their place at every opportunity. He liked commanding their respect. Except Butters. By the time he came along the oldies had softened and they let him away with murder (not literally). While Bruno was busy yelling at him and being the fun police, Butters became friends with Chopper. He loved playing with him and Chopper loved the attention. 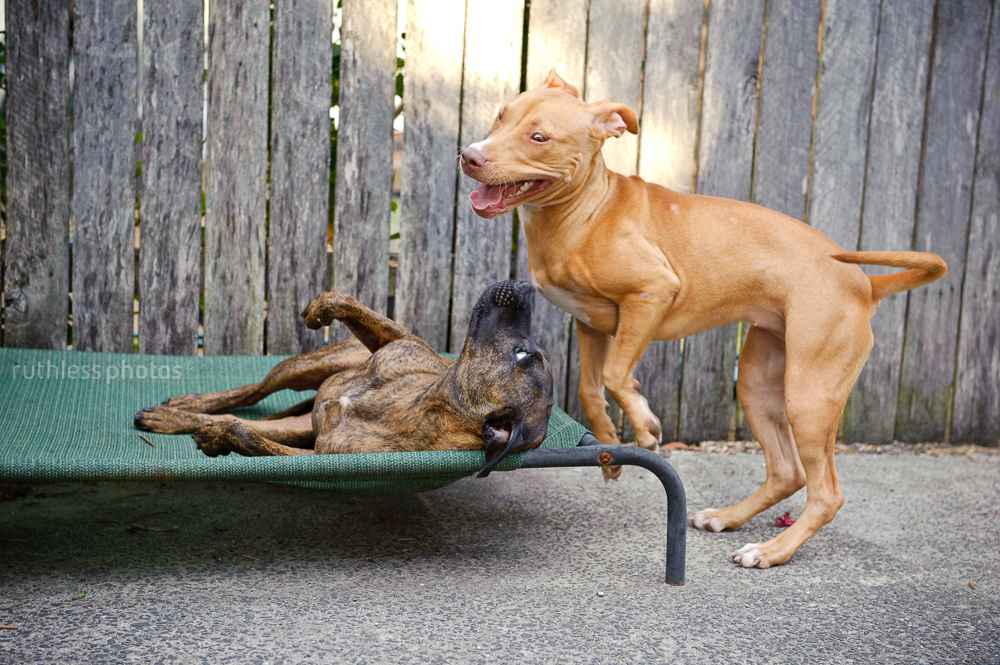 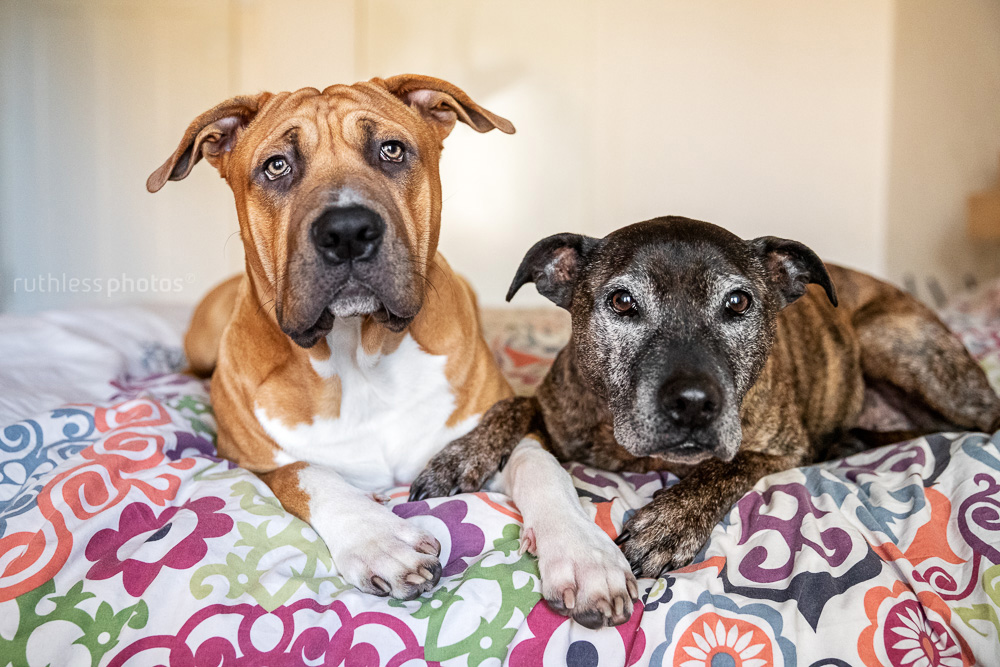 Chopper never slowed down. He got a paralysis tick in August 2018 and managed to survive it without treatment. (It had fallen off, undetected, before we took him to the vet. We found it dead and engorged under his crate a few months later.) His back end was always a touch wobbly after that but he still didn’t slow down. He power walked around the neighbourhood with Bruno every morning right up until the end of December. I thought he was going to be one of those dogs that lived to 20.

On Boxing Day Dave noticed Chopper’s glands were swollen. We took him to the vet the next day and left him there for tests. We were told it was lymphoma and that his decline would be fast. Within three weeks he’d gone from a healthy and active dog to a sad and dying dog. The cancer quickly turned the crazy dog that no one believed was 14, into a blind, disoriented, confused and frail shadow of his former self.

I agonised over whether I should do one last photoshoot before he was gone but Dave and I agreed that we didn’t want to remember him like that. These are the last photos I took of him, with my phone. It was one of our final walks around the block. He was hot and his swollen glands were making it hard for him to breathe. He looks happy but he was struggling. 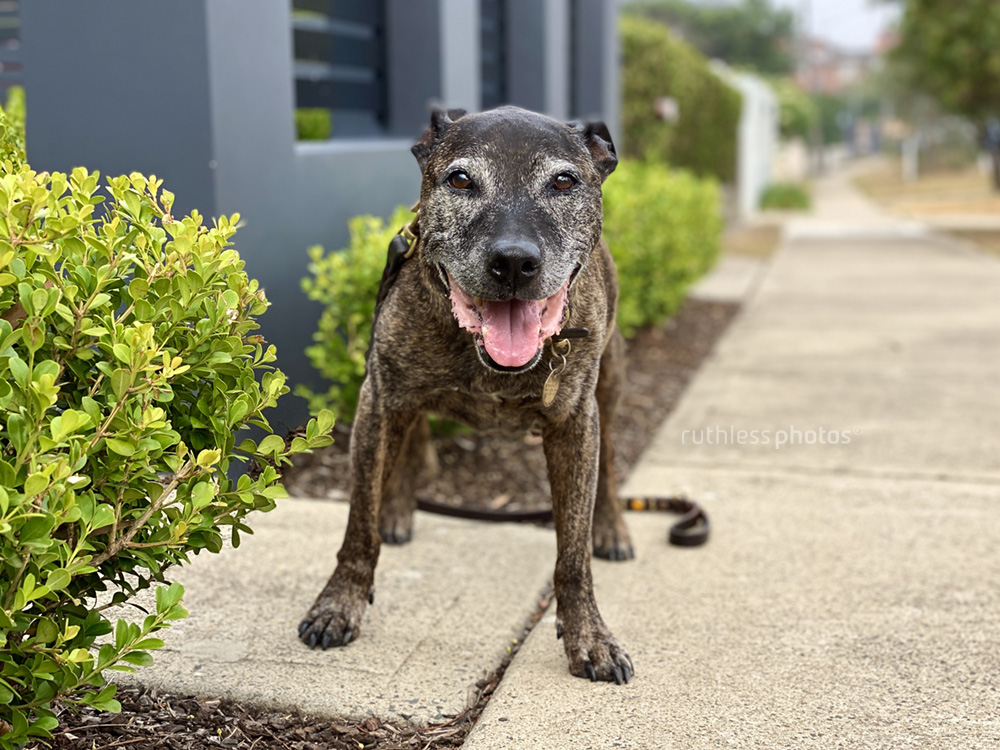 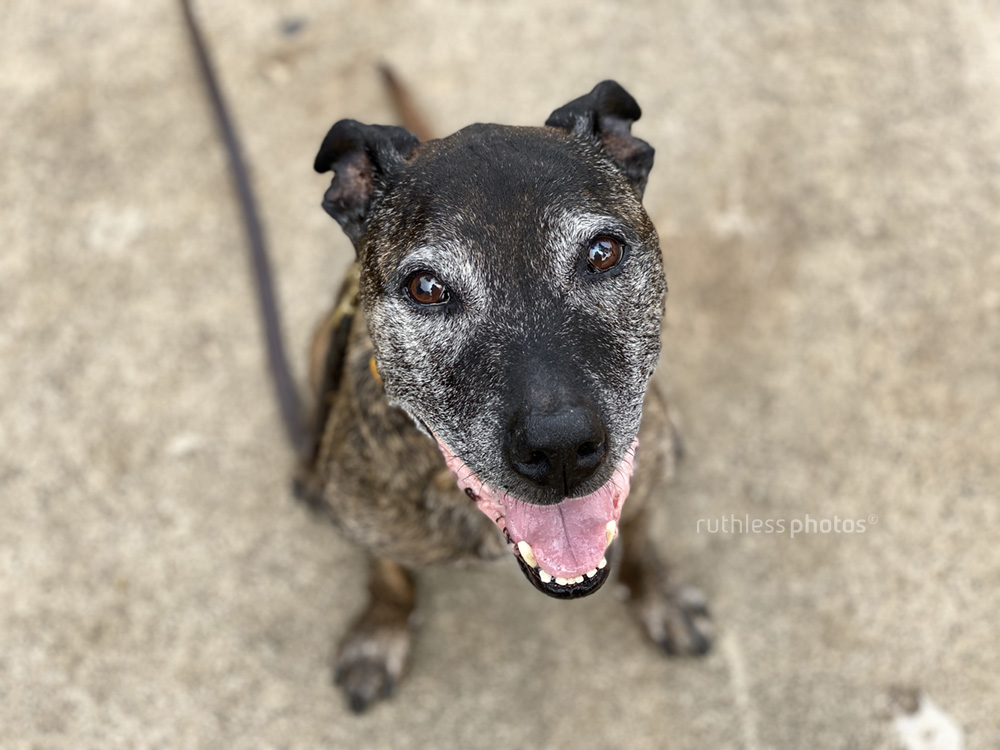 In those three weeks people would ask how I was and I’d say “I’m ok, he’s an old dog, I’m just grateful that he lived a long and healthy life”. Then, after weeks of wondering if it was time, wondering if he was suffering, the day came when we had no doubt in our minds that the day had come.

I knew I’d cry at the vet but I wasn’t prepared for the grief that followed. I’ve gone through a whole lot of tissues in the last ten days. Each day I’m a little less sad than the day before. Pulling photos from the archives and writing this post has probably been the hardest time since he passed but it was also healing. The sadness is being replaced by happy memories. And we have SO MANY happy memories to treasure.

I put this album together for Dave and I. It’s a small selection of the almost 14 years worth of photos that I have of Chopper but they sum up his life pretty well. It was full and happy. He was very loved.

Based in Sydney, Ruth O’Leary, is one of Australia’s most sought after dog photographers. She takes colourful and emotive photographs of dogs in stunning locations. Since the launch of Ruthless Photos in 2008 her images have brought tears of joy to hundreds of loving pet owners across the globe. If you’d like to find out more please contact Ruth today.