Peityn and Zari were the first session I did after my knee operation. I wasn’t 100% mobile yet but I was itching to get back to shooting and I knew Zari wasn’t going to stop growing just to accommodate me! Being a drivey little working puppy I was hoping I could keep up but the first 15 minutes left me thinking I’d made a huge mistake. She was nuts. Peityn hated me (NO DOGS HATE ME!!) and wouldn’t stop barking at me. It was chaos. The pet photography gods must have decided 2015 had been hard enough for me already though so eventually everyone decided to play nice and we ended up having one of my favourite sessions of the year. 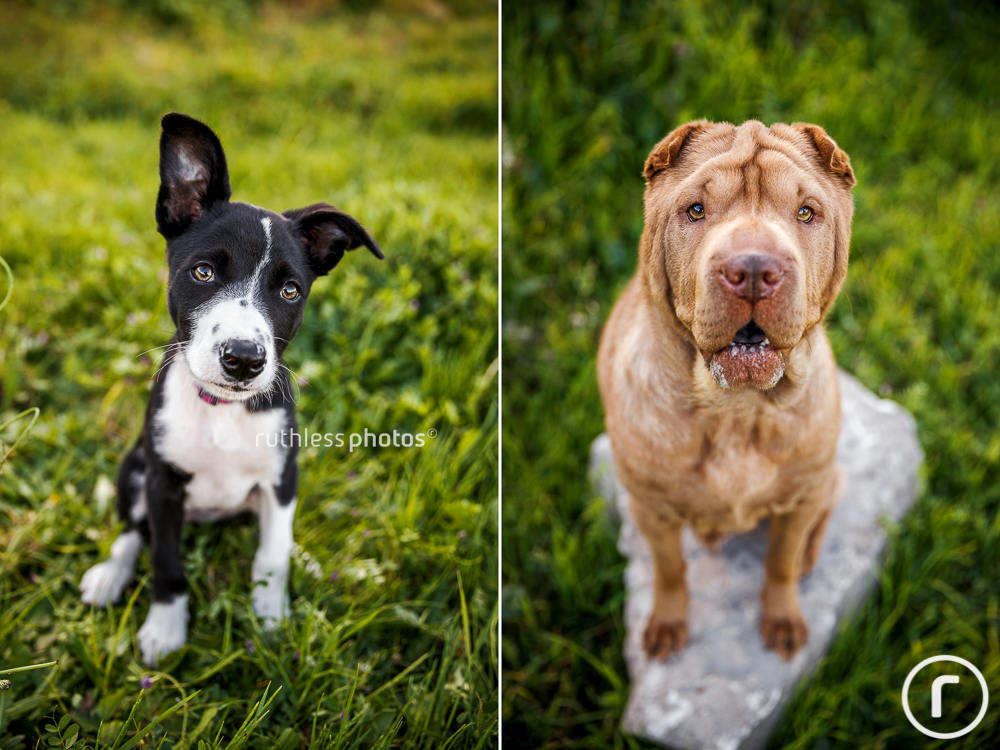 I was lucky that in the few short weeks since she’d been adopted from Working Breed Rehab Zari had learned lots of things including an off-lead recall. This meant we could do action shots. I set my camera to speed demon! 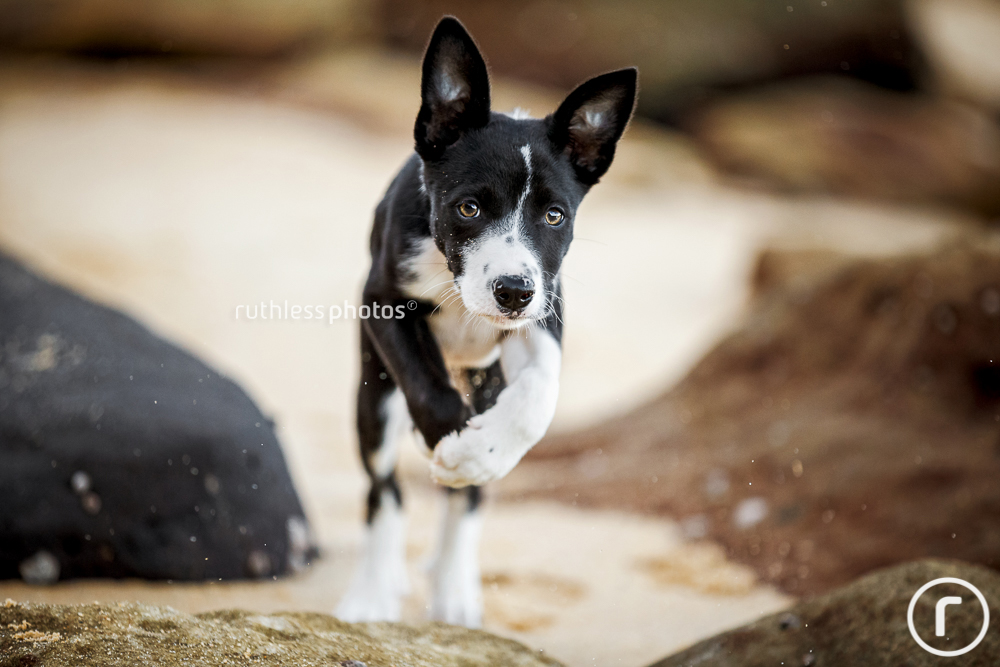 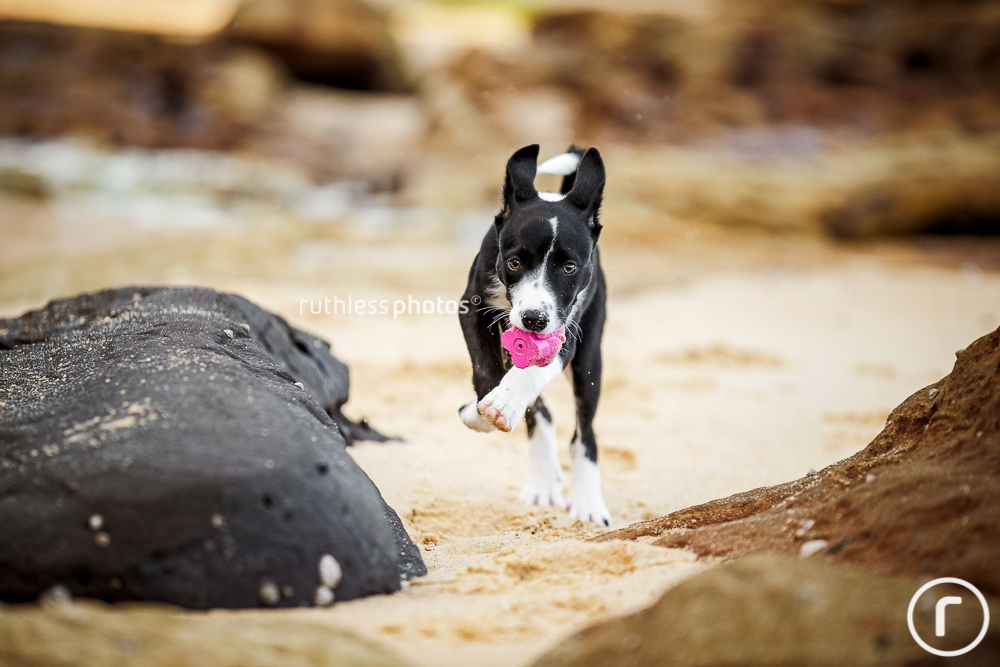 Quite the character this one. 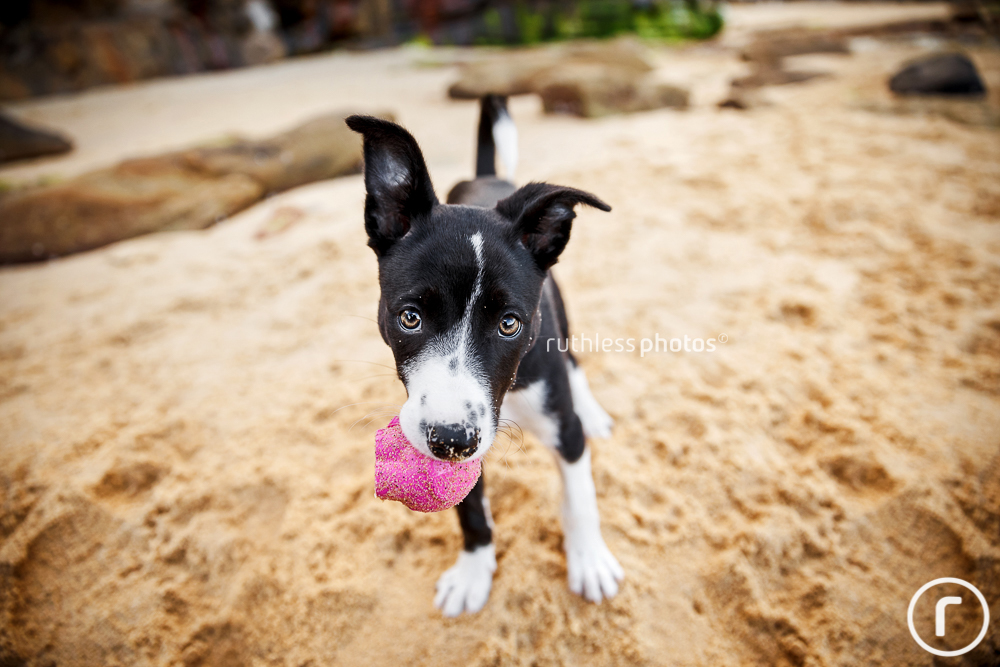 Peityn had her turn running around (without Zari hanging off her) too. 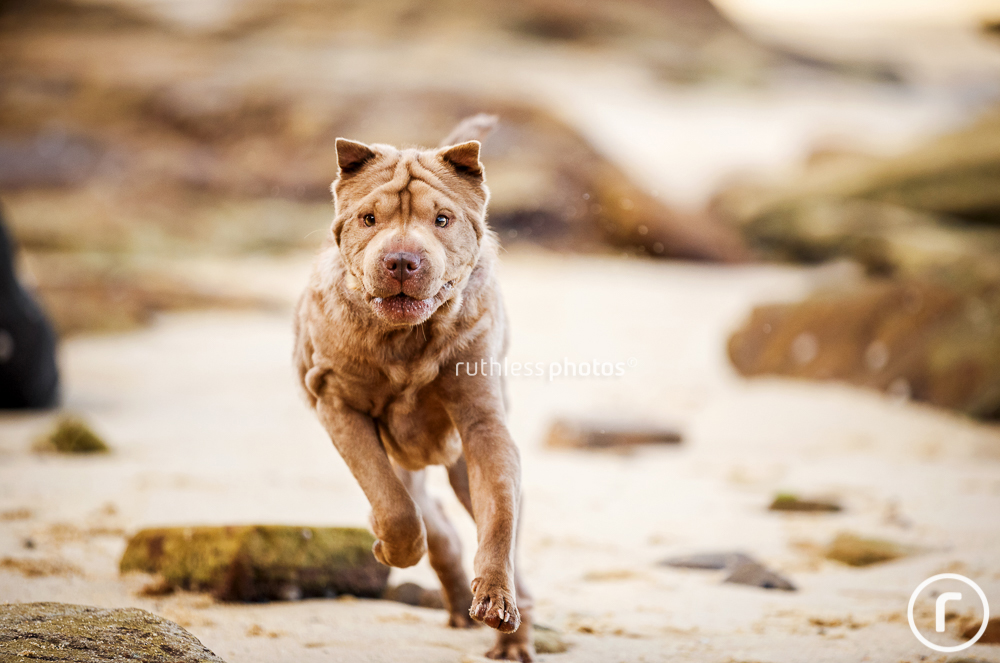 Who knew Shar Peis looked so hilarious with the wind in their wrinkles?! 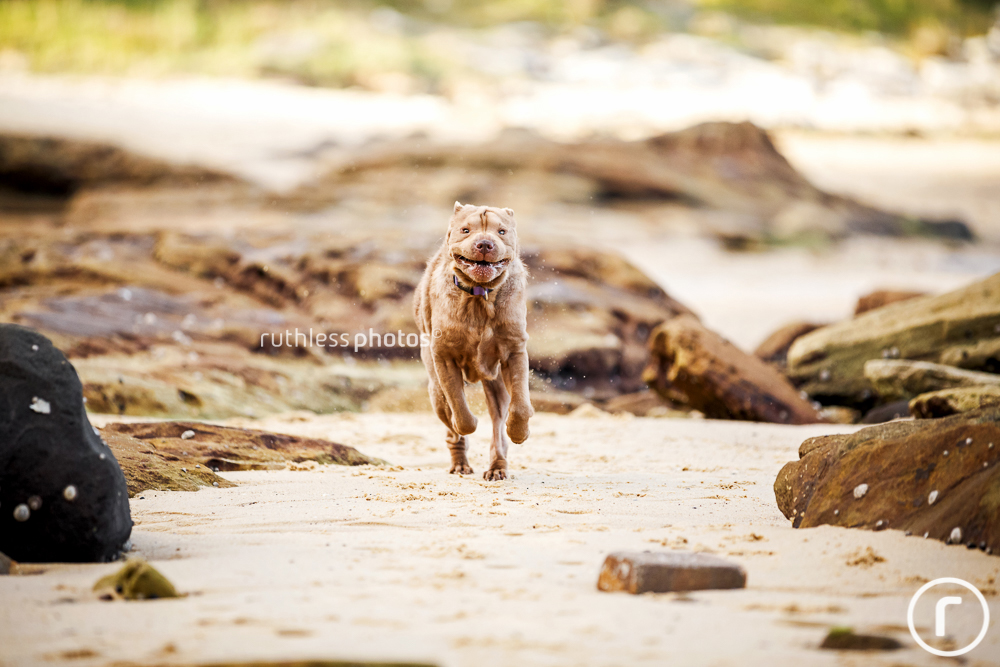 I’ve never had a dog growl at me because they like me but I was assured there’s no malice in it. Thankfully. 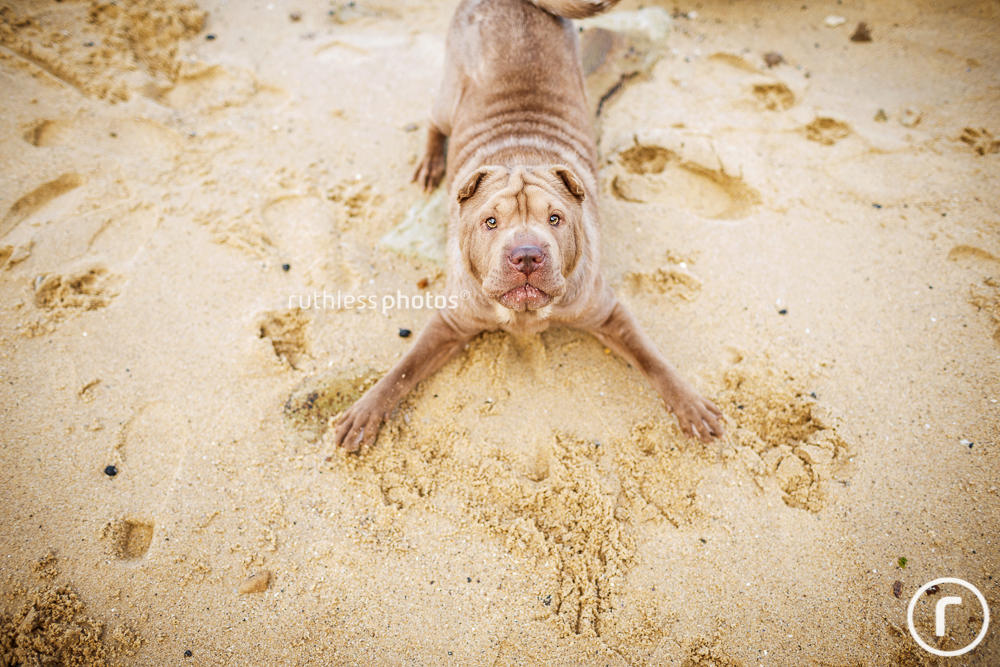 It was as if Zari had been modeling for years. I guess she probably had no shortage of camera-phones pointed at her during her visit to the Dog Lovers Show, where she found her new home. 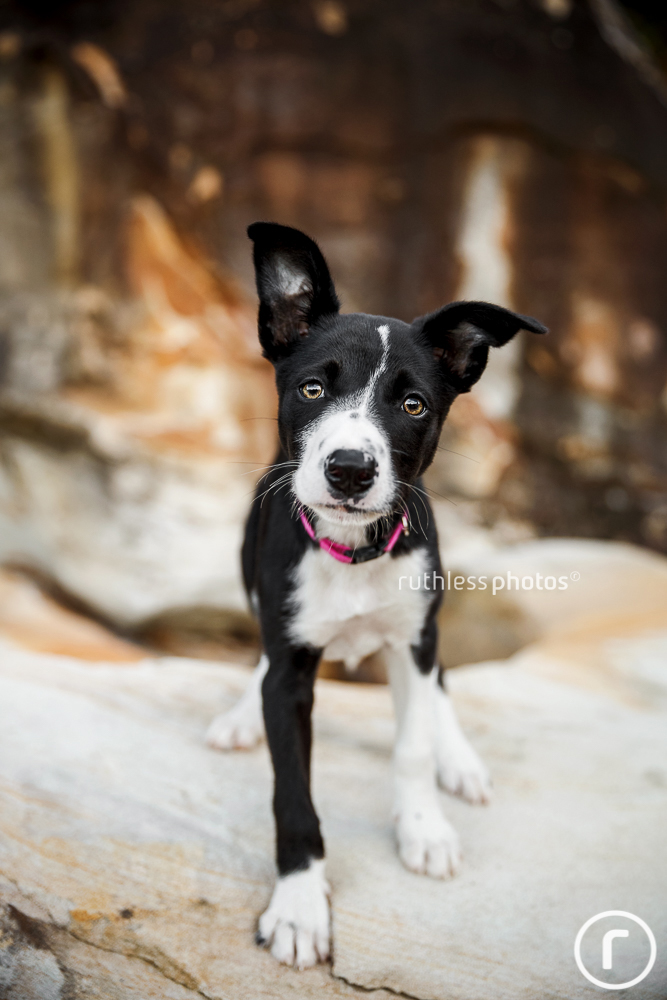 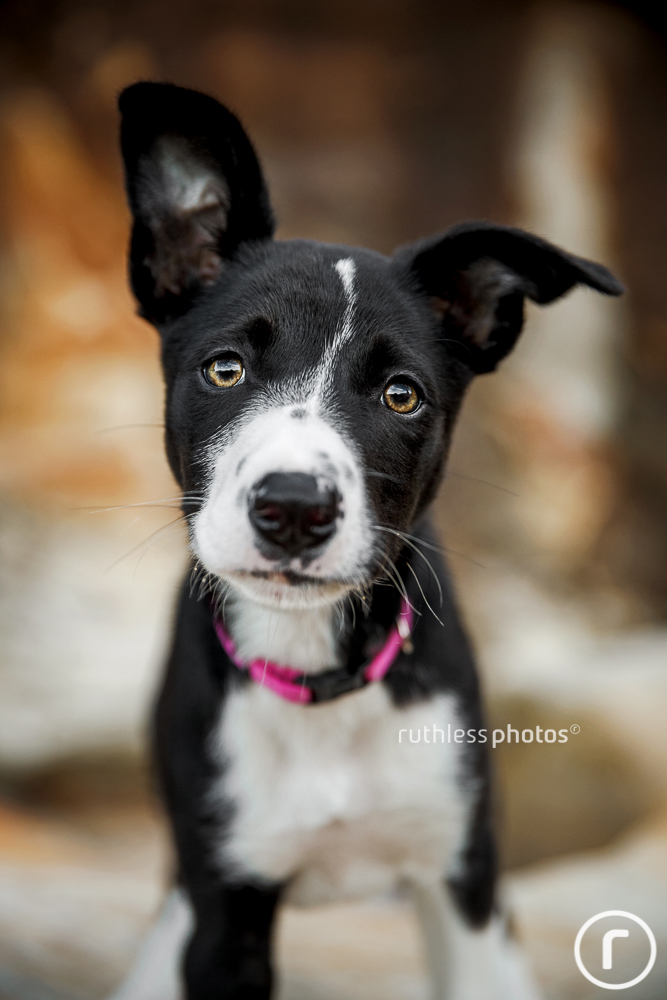 Not to be outdone, Peityn did a good job of working the camera too. I photographed her many years ago and she remembered the drill. 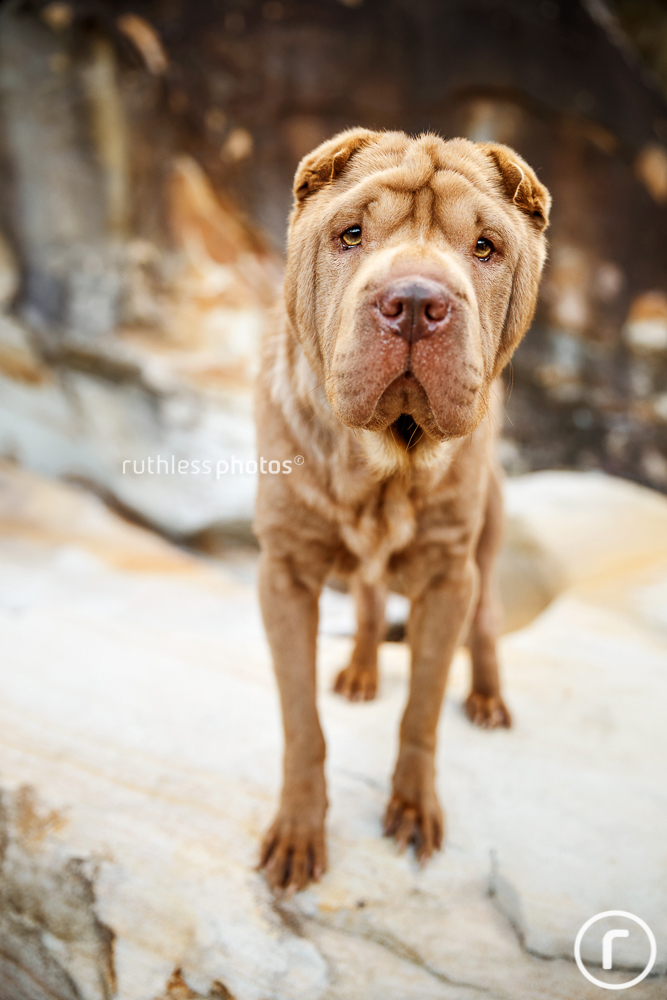 If barking means she likes me I’m going to presume that death stares mean the same! 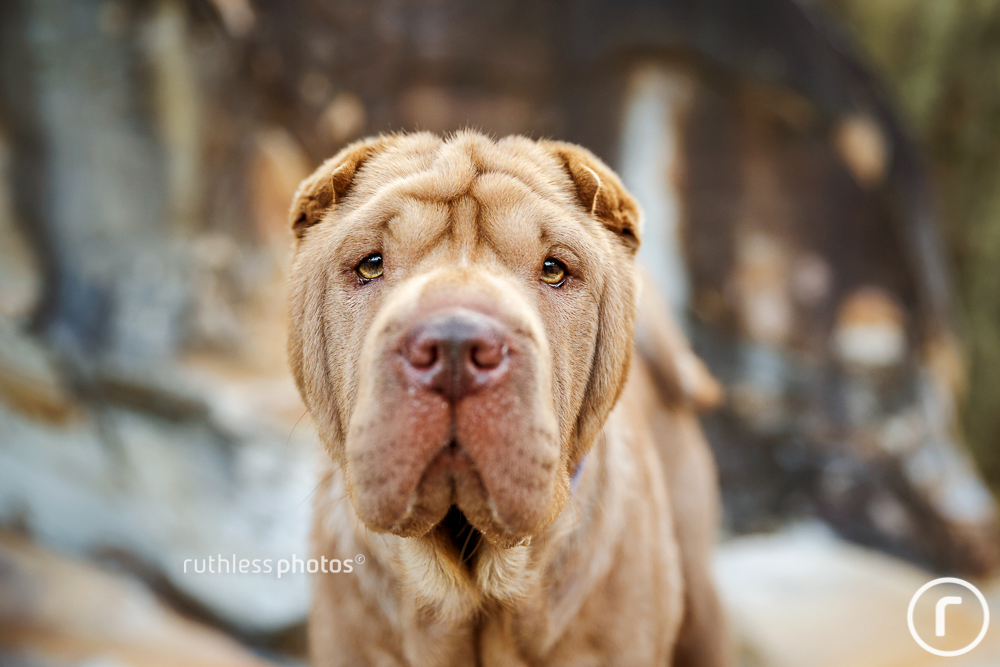 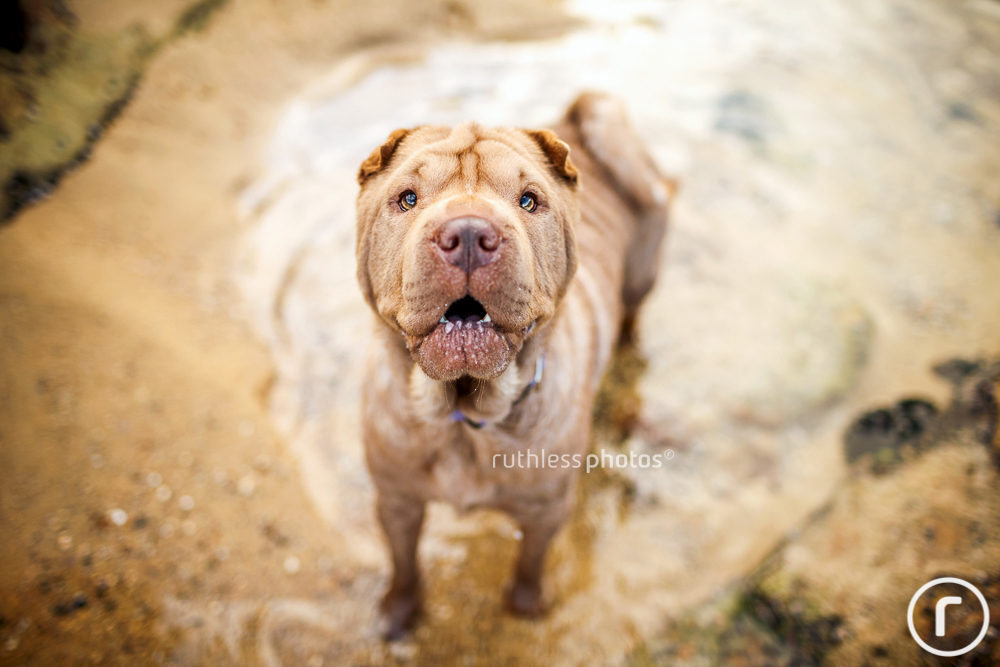 No smiles from the puppy that had just fallen in the rock pool though. Ooops. 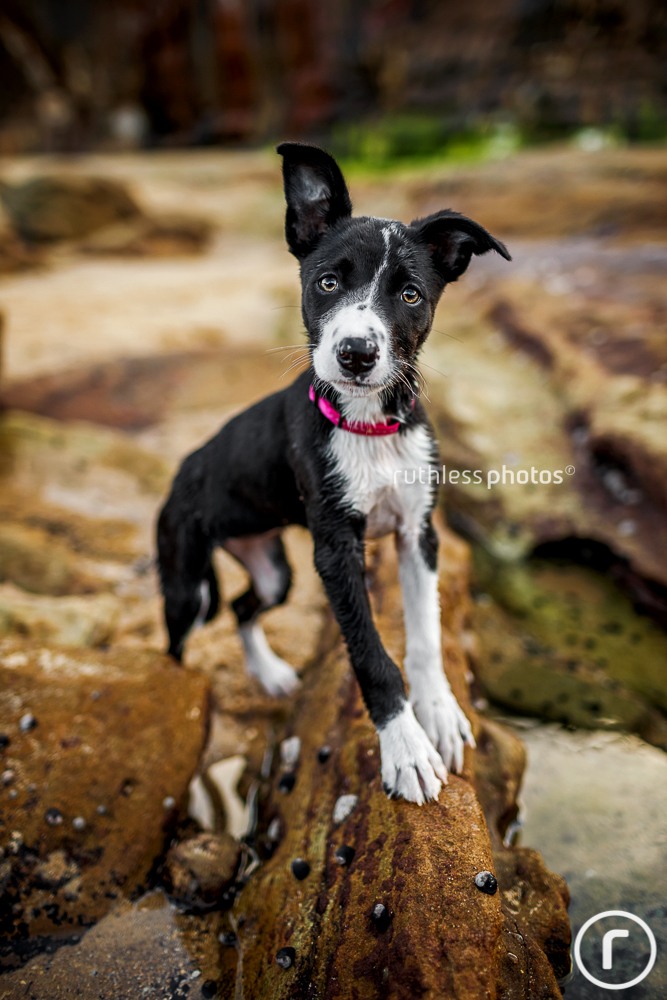 If I’d been asked to take a picture of them together at the start of the session I would have either laughed like a maniac or cried, but fast forward to the end and I had these two working for me like a pair of performing monkeys (so to speak!). After several weeks of being unable to take photos ending on this high note was such a great feeling. 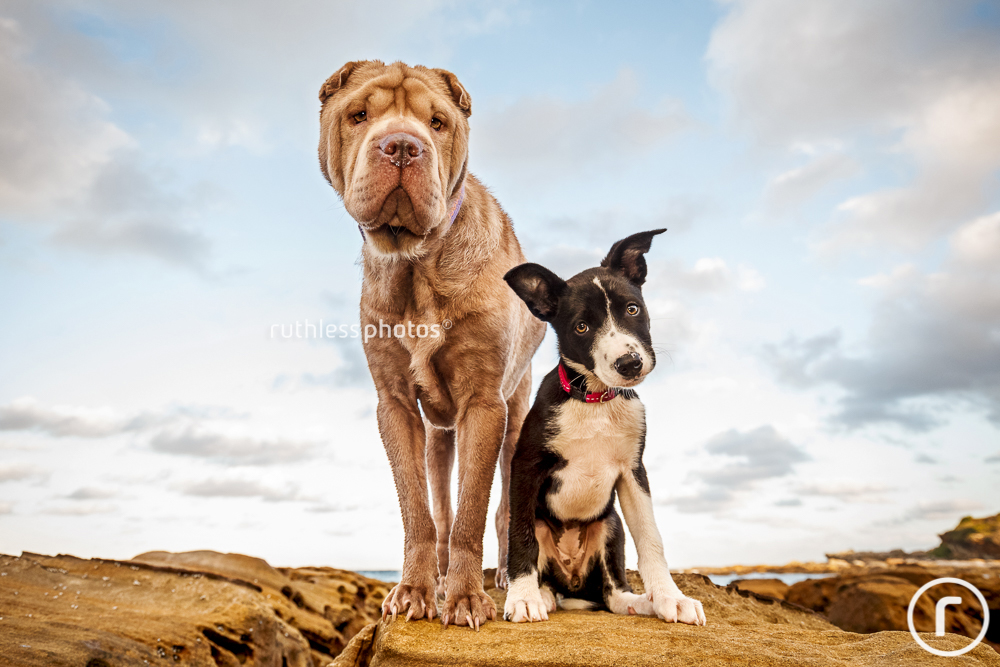 I typically share some photos of the client’s order at this stage in the blog post but they’re on a payment plan so it will be another couple of months before their Premium Collection goes into production. Stay tuned to my Facebook page for a stickybeak at how it all turns out.

Update, Apr 2016: Peityn and Zari’s order went home yesterday. Judging by all the exclamation marks in the email I got from their owner, and the talk of doing it all again next year, I think I’ll chalk that up as another happy client! Pictured is a custom framed triptych, a 12×12″ album, a phone cover, a USB of the digital files and a Ruthless Leather bespoke collar and lead. You can see a flip through of the album over on my Instagram. 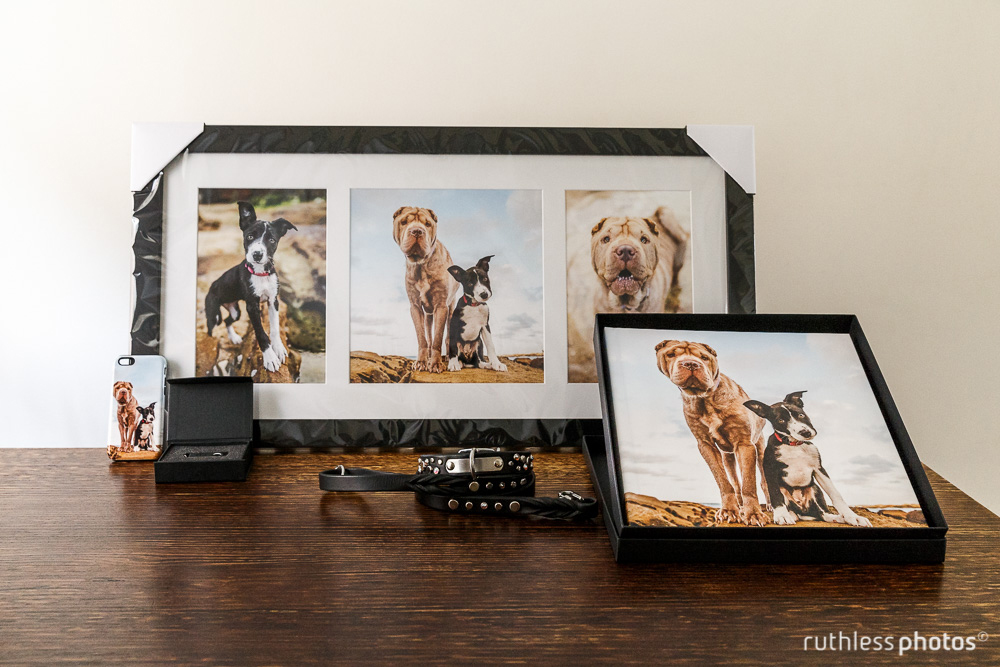