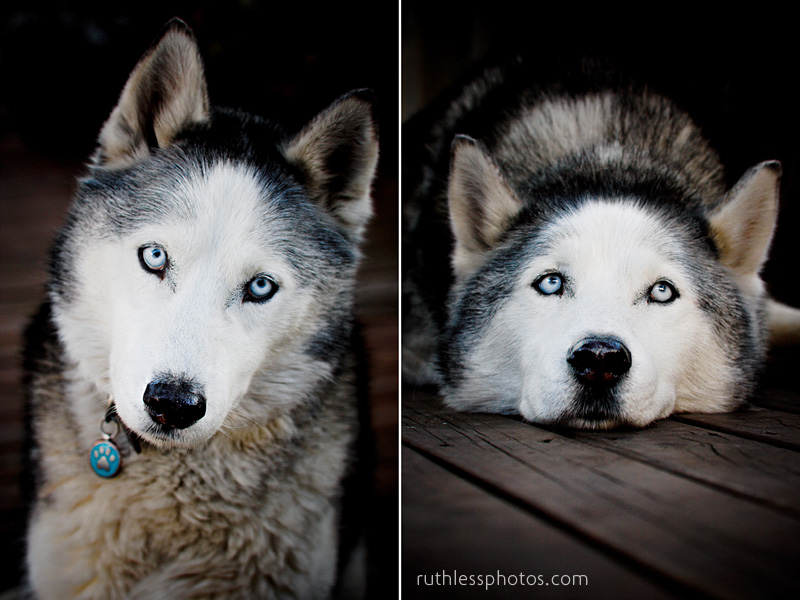 1. Ivan is my first dog
My cousin bought Ivan as a puppy. When he was seven he asked if we could take him. I wasn’t overly keen, but Dave was, so we agreed on the condition that I could get a small dog too. I’d always owned cats growing up, I knew nothing about dogs and leadership. I used to let Ivan drag me around the neighbourhood on a flat collar. The day after he moved in we took him to the park for a walk. I thought it would be fun to jog with him. I quickly discovered he could run faster than me and I had to drop the lead before he pulled me over. The bugger ran straight into the duck pond and refused to get out for over half an hour. I think he was letting us know how disgruntled he was with his new living situation!

2. Ivan is invincible
Before he came to live with us he’d been hit by a car, had numerous paralysis ticks and he also had surgery to remove a fishing hook that he’d swallowed before he was caught sticking his nose in a fisherman’s tack box! He’s had no near death experiences since we’ve had him, although he has had two surgeries to remove lumps. He’s an expensive dog!

3. Ivan may die of thirst
He refuses to drink from the outside water bowl. No idea why. We’ve tried different bowls filled from different taps, but he won’t drink out there. He’s weird!

4. Ivan needs space
If one of the other dogs sits or lies too close to him he’ll do a low growl. If they don’t move he will.

5. Ivan knows two words
Walk and chicken! Saying either will result in a cute head tilt.

7. Ivan’s the alpha
He’s the king shit around here. Angel and Chopper like to challenge him, but they know he’s above them. Occasionally he’ll stare at Trixie and she’ll lie down and roll over. It’s a very powerful thing to observe.

8. Ivan doesn’t belong in this country
I regularly overhear people on the street saying dogs like him don’t belong in hot countries like this. Truth be told, he feels the heat less than Angel. His coat keeps him warm in winter, but it also traps the cold air and keeps him cool in summer.

9. Ivan’s the fun police
If dumb and dumber [Chopper and Angel] are having whacky races around the back garden he makes heaps of noise so I come and stop them! He also alerts me if they’re sticking their nose under the fence or tunneling under the deck!

10. Ivan’s not well
Ivan’s been coughing and wheezing for several weeks. He’s had a course of ABs and a cough bottle, but he’s no better. He’s going for x-rays today. It could be bronchitis, asthma or a tumor. He’ll be 11 in January. Despite the fact that he still does zoomies and roundabouts, he’s not a young dog and it saddens me to think that he might be on his way out.