before & after | sydney dog pictures

After missing the first photo challenge I almost missed the third one too, but the deadline was extended to accommodate others so I decided to get up bright and early on Sunday morning and take the whingebag (that’d be Bruno in case you weren’t aware of his most annoying character flaw) for a spin down the coast in the hope of finding a deserted beach. The theme was water, which I chose, so it would have been a bit rubbish if I didn’t take part. You’ve probably seen lots of photos of Bruno playing with other dogs and think he’s a social butterfly I can take anywhere but the opposite is true. He does love other dogs, but he loves them too much, to the point of obsession, which makes taking photos of him when there are other dogs around really difficult. In fact even if there are none around he’ll still spend the whole time looking for some. As a result I have an ever-growing collection of photos of him staring into the distance. On Sunday we waited for ages for the other dogs to leave the beach but within minutes of putting him in position for the shot another one arrived and once Bruno has locked his focus onto a dog there’s no way to get him to look at the camera instead. Not noises, not food, not even an entire jar of peanut butter. So, I just took a few shots and put him back onlead before he decided to go and introduce himself … in his own over-the-top and usually unwelcome manner that brings shame on the whole family!

The objective of the challenge is to try new things. What’s different about this shot for me is it wasn’t taken at sunset or sunrise and I didn’t use a shallow depth of field.

I showed a preview of this post to my husband and he asked why I’m showing how much work I had to do to make the image look good. So, I should explain that I intentionally underexposed the image so I wouldn’t lose the detail in the sky. I knew how I wanted the final image to look as I was shooting it and the beauty of shooting in RAW is that the files have so much information contained within them that I was able to create a final image that wouldn’t have been possible to achieve in-camera without a reflector or off camera lighting. 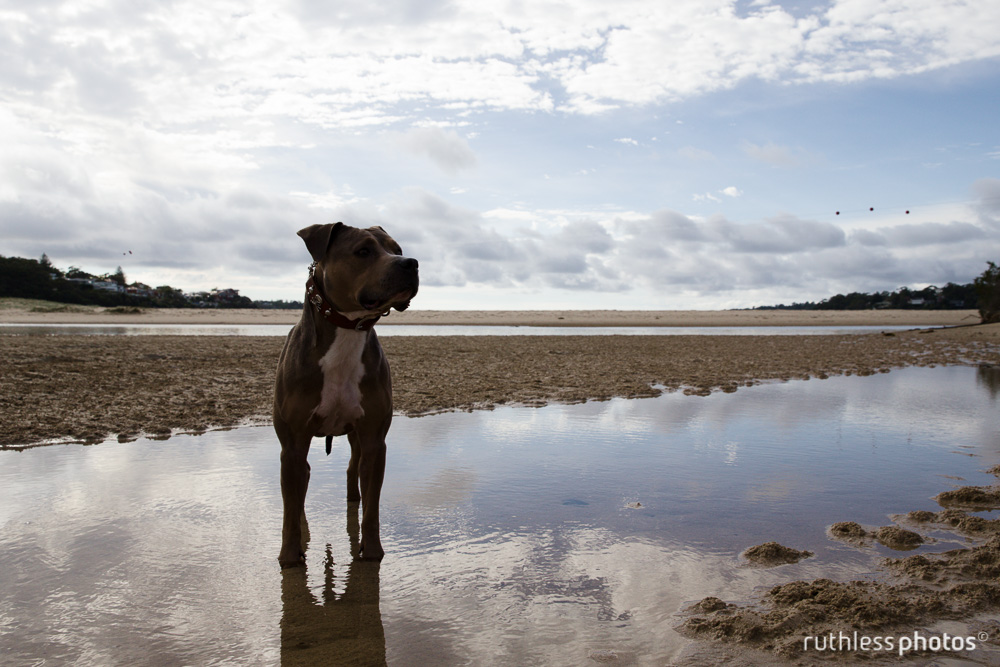 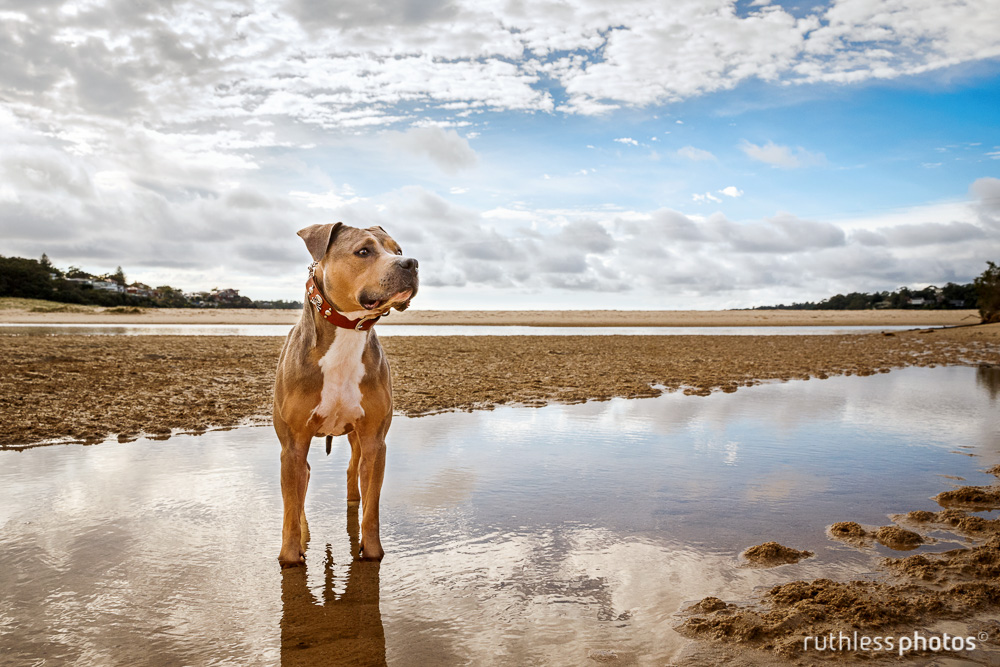 Being the perfectionist that I am I made two previous attempts at creating an image for the challenge. My first was the images of Jax running at the end of this post, but he wouldn’t run through through the water like I wanted him to, so they didn’t make the cut. My second was this photo of Bruno playing with the hose, but I felt the images were a bit rushed and snapshot-y, so they didn’t make the cut either!
previous post
next post