It’s almost unheard of that I’d give one rescue shoot a whole blog post to itself, but this handsomepants gave me so many gorgeous images, I wanted to share them all with you. 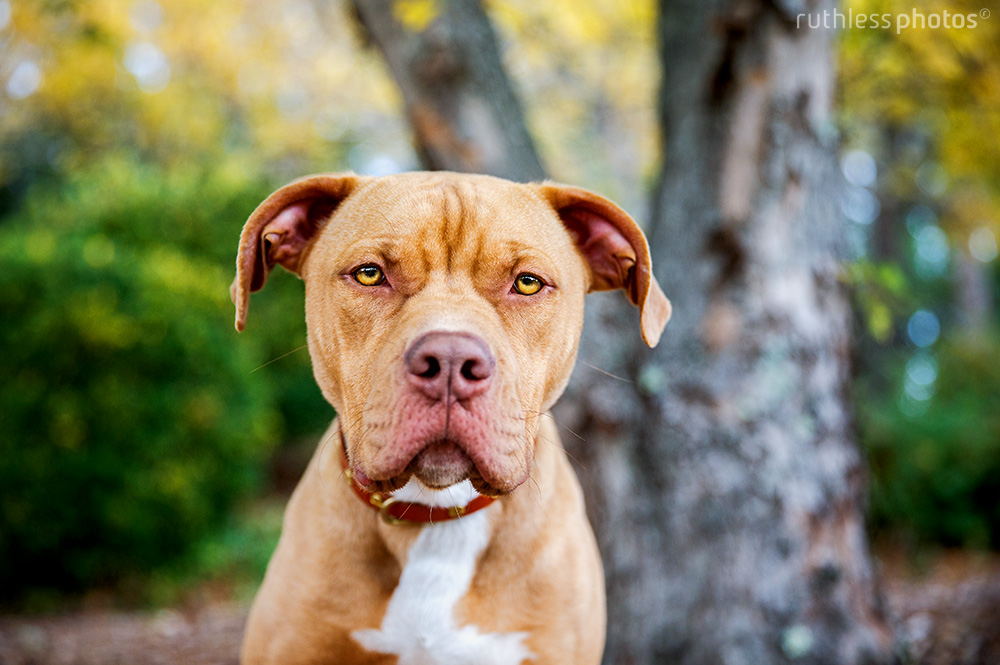 Now, you’d be forgiven for thinking that he looks kinda serious, because he does. Marvel is very much a food whore and he knew exactly where my hand was in relation to the treat bag at all times. Such concentration brings with it a frowny frinkle face! 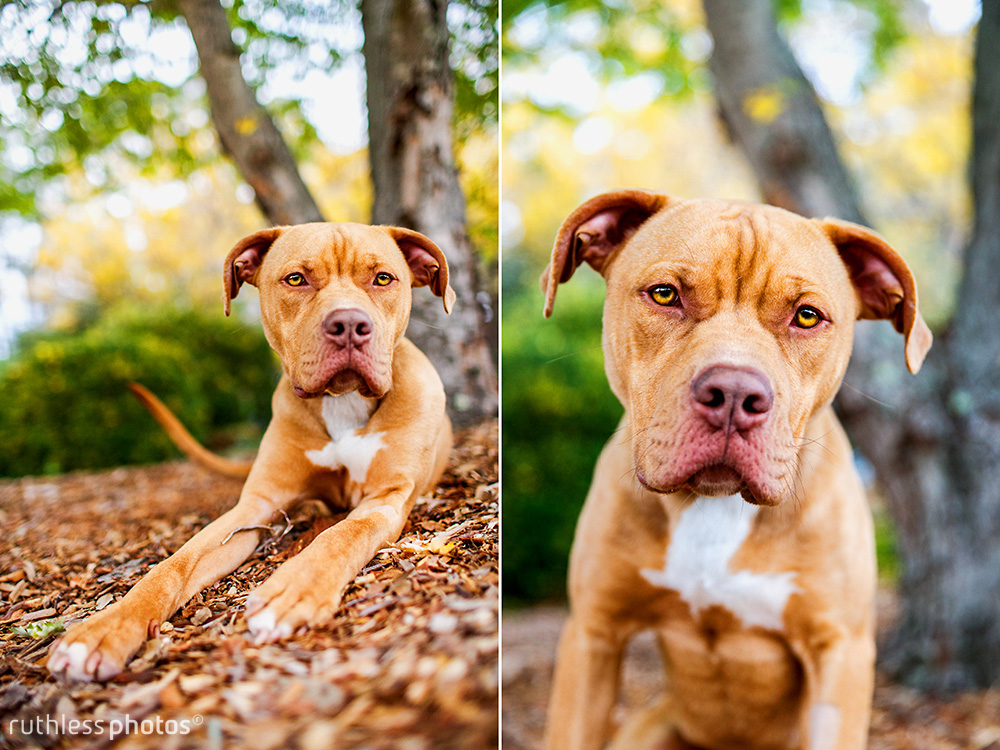 Serious isn’t his only look though, he spent rather a lot of the shoot with his lip stuck to his teeth too. Ridiculous, much? 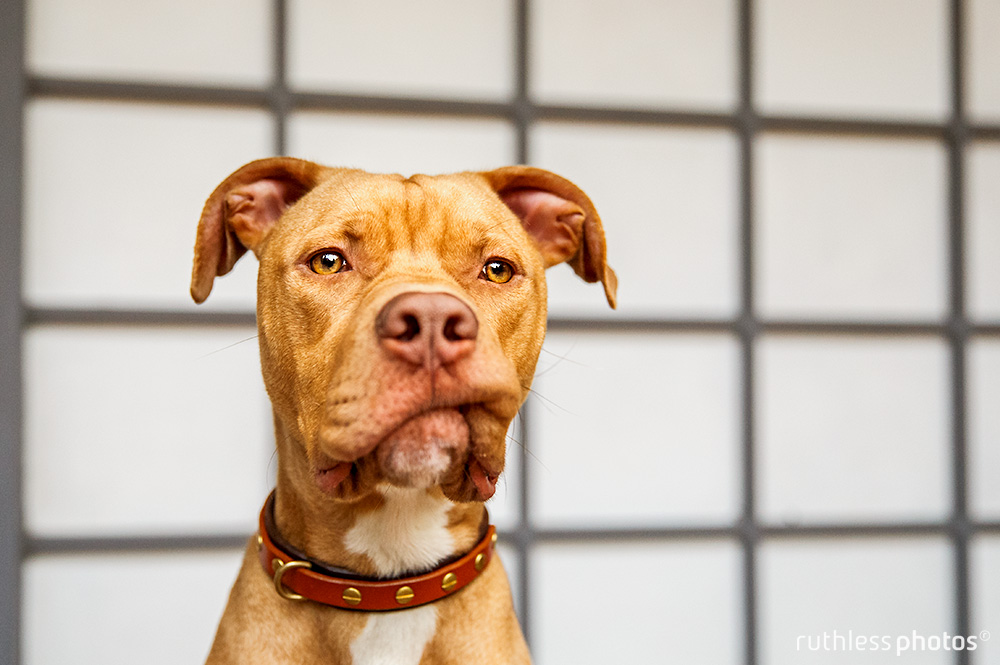 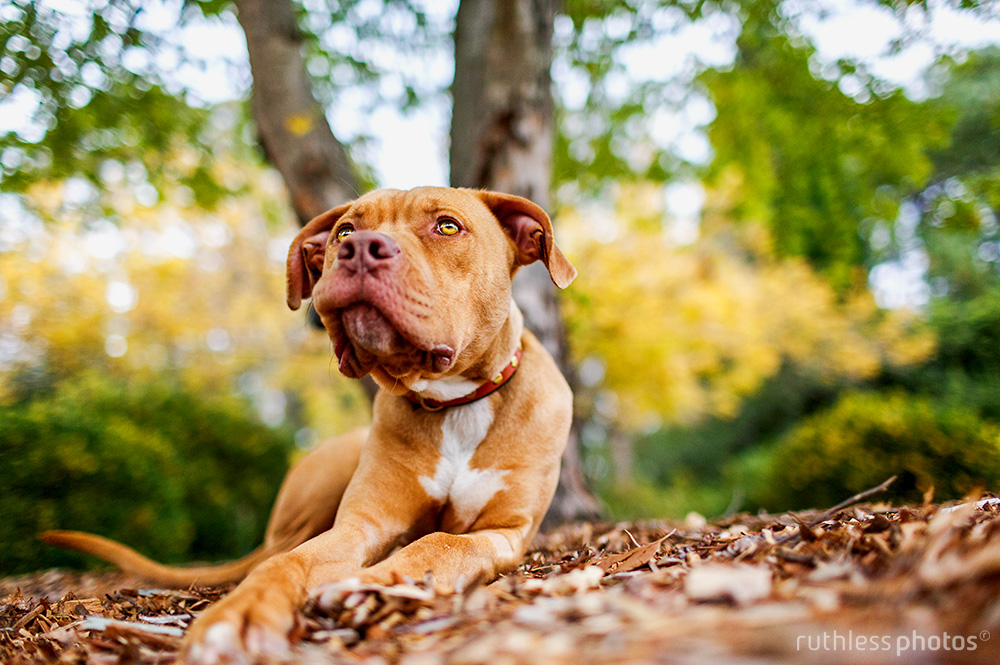 He may have caught me making fun of him! 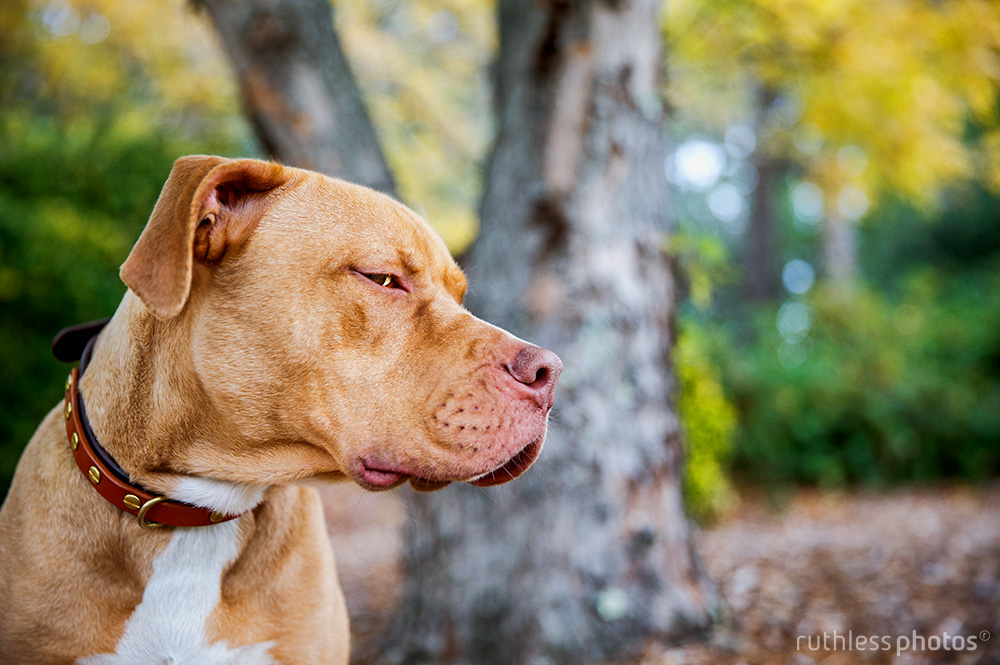 Marvel is more than just funny faces though. He’s an utterly adorable cuddle monster. Between photos I couldn’t resist letting him crawl into my lap for hugs. He’s super affectionate and about as soft as a marshmallow. 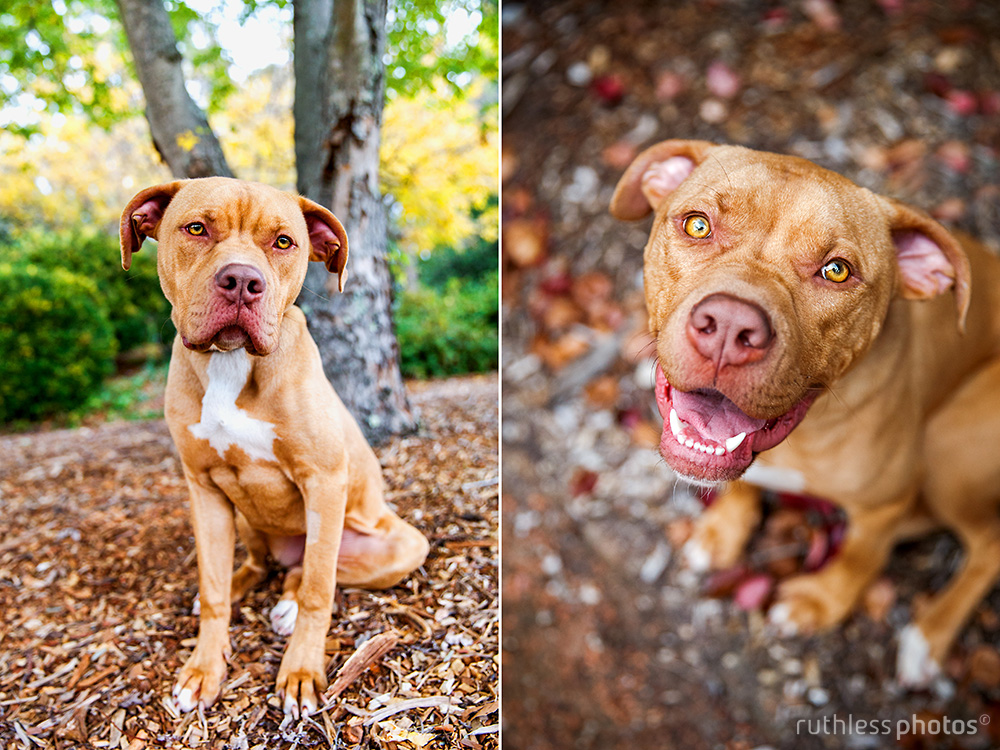 If you don’t know his tale, I’ll copy it here from the Team Dog Facebook page:

“This is a story about a dog called Marvel.

A few weeks ago, he was impounded at Renbury Farm Animal Shelter and, because of how he looked, his future didn’t look certain.

As many know, some dogs are judged on their looks alone, rather than behaviour. Most dogs don’t ever get a chance to show their lovely nature, the way they look is enough for some pounds and councils to condemn them straight away.

Marvel was lucky he ended up where he did because the staff, supported by the local Council, were able to get him through the proper process as soon as they became his legal owners.

First up a breed assessment was organised. There are three scenarios here:

[1] He could be assessed as a “Pit Bull” and he would not be allowed to be released. Basically, he would be killed because someone guessed at his genetics and decided “Pit Bull.”

[2] He could be assessed as a “Pit Bull x” and would then have to go through a temperament assessment to ensure he wasn’t a danger to the community. All because someone guessed at his genetics and decided “some Pit Bull.”

[3] He could be assessed as something other than a “Pit Bull” or a “Pit Bull x” and he would be free to either leave the pound with rescue immediately or be rehomed direct from the pound. All because someone, at that time, guessed at his genetics and decided no “Pit Bull.”

Marvel’s breed assessment came back as “Pit Bull x.” Sigh. This meant he had to spend even longer in the pound while a temperament assessment was organised.

I’m sure you can imagine everyone’s anxieties were pretty high. While we all knew Marvel was a brilliant, amazing boy, we also know that when the fate of a dog lies in one person’s hands, awful decisions can be made, very suddenly, and sometimes for no apparent reason.

Leading up to his temperament assessment, Rachel at Renbury ensured he was getting everything he needed, including exercise and obedience training that all young pups should have. She also exposed him to a lot of things he would encounter on his temp test, such as sudden loud noises.

So then today arrived – his temperament assessment.

It’s important to note here that not only had Marvel been impounded for over a month but the test was also going to take place within the pound environment. These are massive hurdles for even the friendliest and most well behaved of dogs to get over.

But Marvel somehow did.

This lovely, gentle, beautiful boy who had never done anything wrong passed his test with flying colours. He showed all the responses of a well balanced dog. All I could do as his handler was guide him – I couldn’t do anything more – and he was perfect.

I’m not going to lie and pretend we didn’t cry. After such a long time of uncertainty, it was like the weight of the world had been lifted. He had so many people cheering him on; the Renbury staff, the volunteers, members of the public who only just met him randomly that day (and fell in love, of course), the Council officers who were behind him 100%, and many more.

Marvel is now in care with Fetching Dogs and readjusting to the home environment with much ease and laziness.

It’s incredibly sad to think his life was in danger. This gorgeous boy who melts hearts with his goofy smile and his love of life, who had never done anything wrong to anyone, could easily have slipped through the cracks.

And we won’t even mention the sheer time and resources put into this that could have been better spent elsewhere.

Thank you Rachel, Renbury, the Council, Fetching Dogs, and all those who held their breaths today, willing him to survive a system designed to kill him. 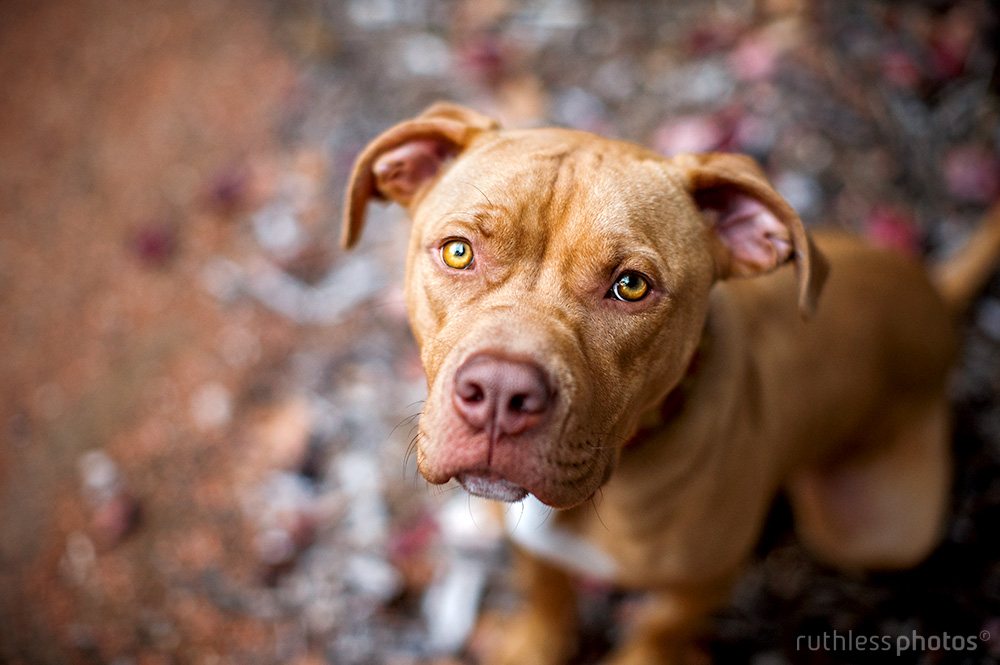 If you’re thinking he looks familiar, well you may have seen him on Studio 10 a few weeks ago. He’s a bit of a tv celebrity > http://youtu.be/5a5EBWo3G2s 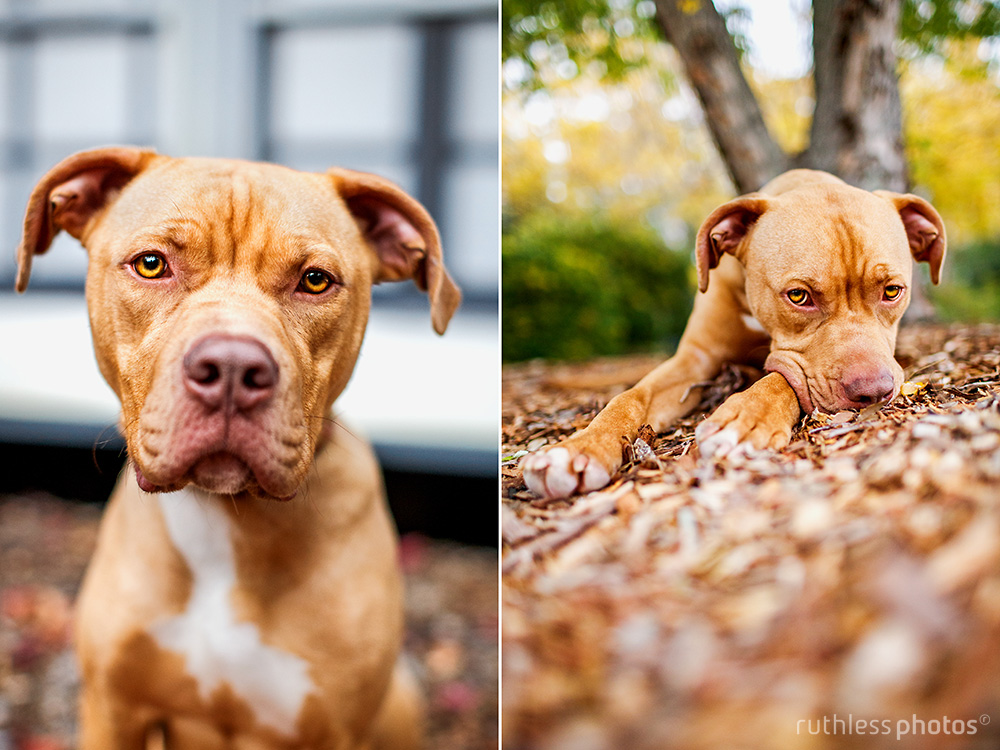 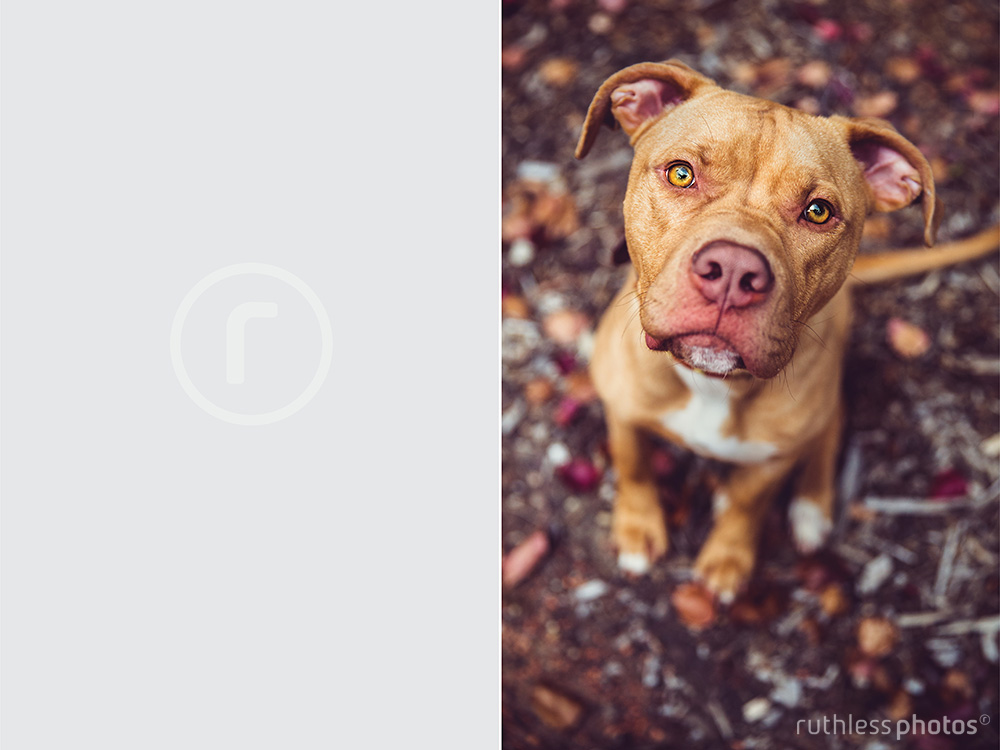 Marvel is in foster care with Fetching Dogs. Quite frankly he should be living here with me, but unfortunately we’ve no room. This boy is an absolute gem. I have much envy for whoever gets to welcome Marvel into their life. 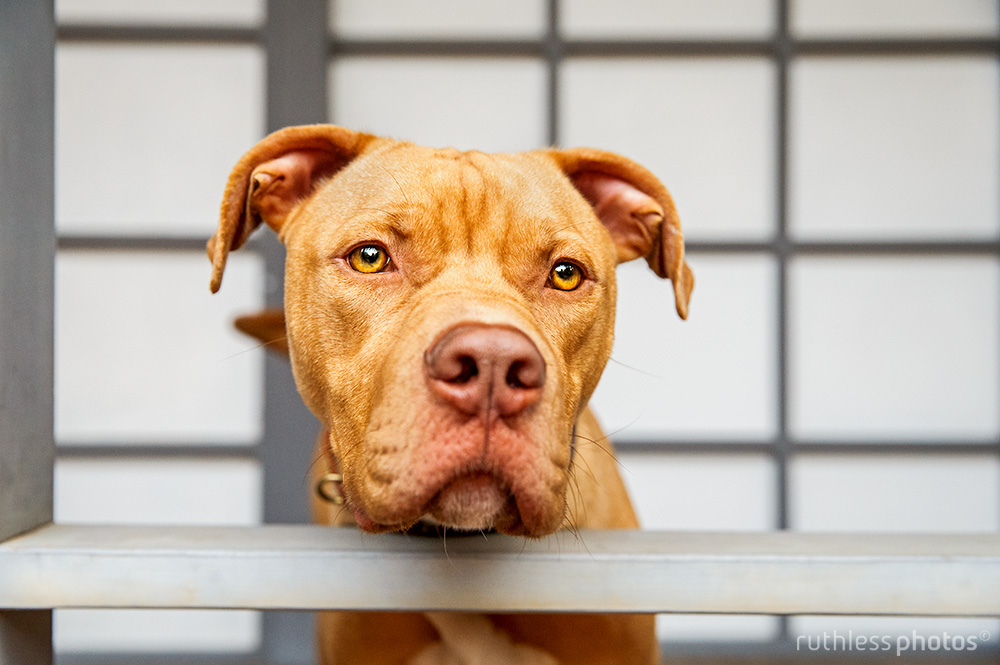